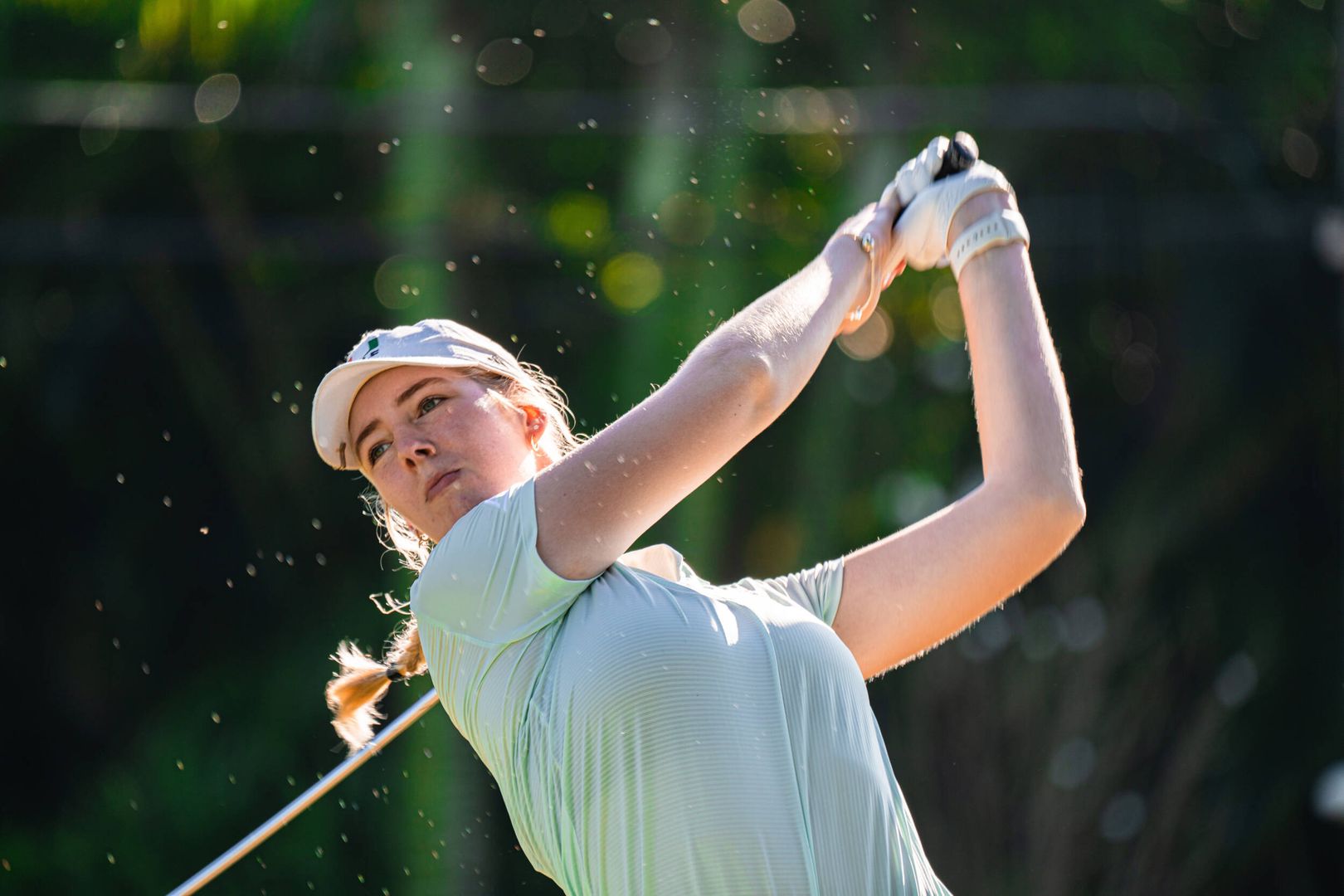 MELBOURNE, Fla. – After a rocky start at the fourth annual Moon Golf Invitational, the University of Miami golf team returned to form Monday morning, carding 18 birdies and an eagle to score seven-under-par in the second round.

Scoring the third lowest team total in the round, the Hurricanes jumped three positions and enter the final round in ninth at one-over, 577.

“Much better today,” Miami head coach Patti Rizzo said. “We need another great day tomorrow to get into the top five. That would be a great showing with this very strong field. We played holes five through eight better today, but they are tough, long and into the wind holes. But feeling better about tomorrow.”

Leading the charge on Monday, Franziska Sliper overcame an early bogie on the par-4, 365-yard 10th hole, to finish three-under, 69.

The sophomore caught fire heading into the final three holes, first registering a birdie on the par-3, 172-yard seventh hole before sinking an eagle on the par-5, 490-yard ninth hole.

After an even-par showing on Sunday, Renate Grimstad continued to make a move up the individual leaderboard after burying four birdies to finish two-under, 70 in the second round.

The senior captain enters the final day tied for 12th, just five strokes behind Latanna Stone of LSU, who currently sits in second.

Freshman Nataliya Guseva got off to a fast start on Monday, carding four birdies and moving to four-under-par through 13 holes. Overall, she enters the final round tied for 20th at one-under, 143.

Getting back to form, Kristyna Frydlova bounced back from a seven-over-par performance on Sunday, carding five birdies to finish one-under on the day. The fourth-year student-athlete enters the final day tied for 65th at six-over, 150.

Rounding out the Hurricanes lineup, freshman Sara Byrne sits in a tie for 86th at 13-over-par.

Miami will return to the par-72, 6,383-yard Duran Golf Club on Tuesday for the final round of competition, and will tee off at 8:45 a.m. with a shotgun start. The Canes will square off against student-athletes from Louisville, Illinois and Alabama for the final 18.