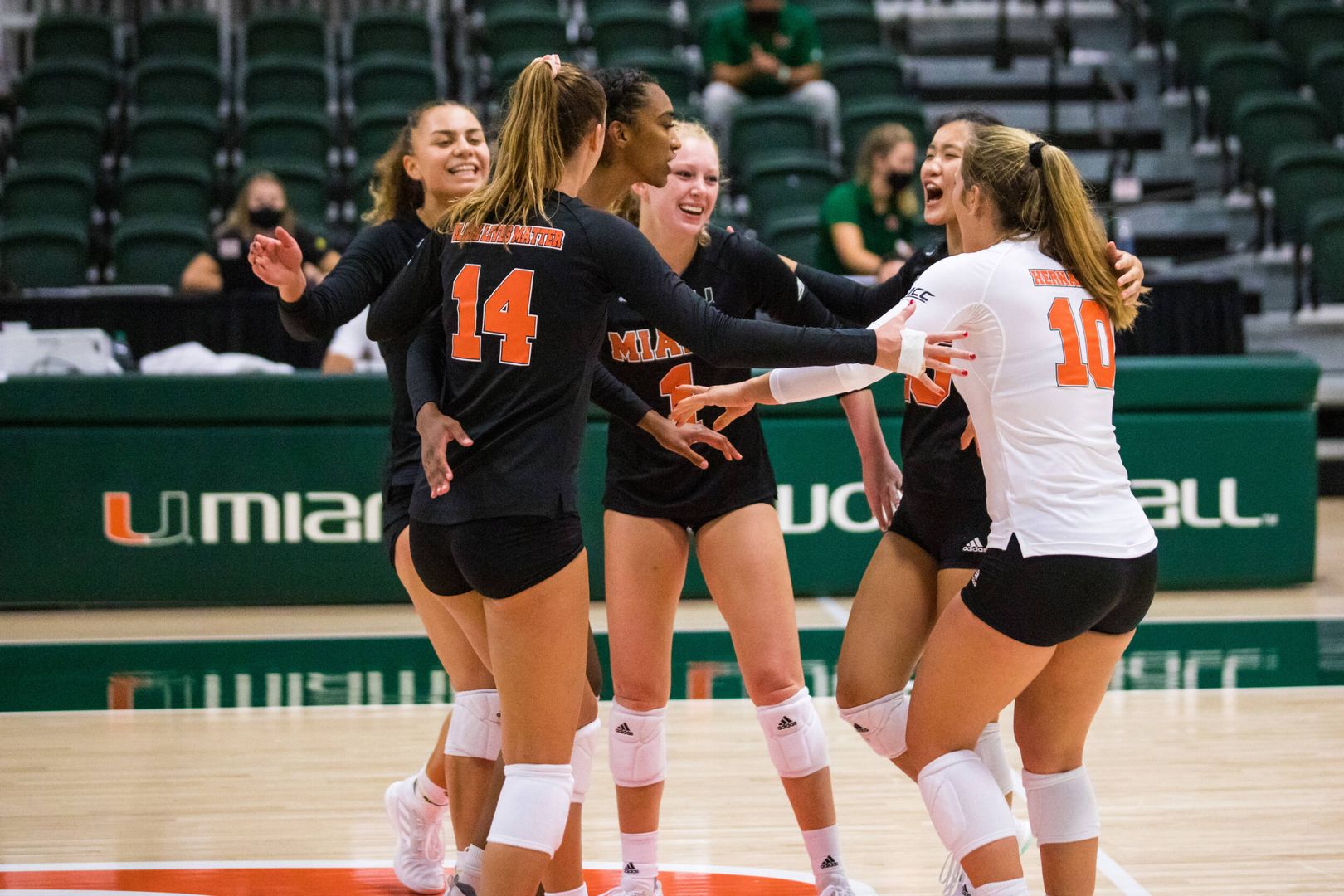 CORAL GABLES, Fla. – More firsts are upon the Miami volleyball team this season.

Miami is slated to play in its first-ever spring ACC season, beginning at the end of February. The year, unlike any other, has shown the need for transition and fluidity, and the volleyball team has embraced it every step of the way.

“We showed that we can play the game safely in the fall and now we have to do it again,” head coach Jose “Keno” Gandara said. “The institution and the ACC has enough faith in us to do it right.”

The Canes concluded its fall season with a 5-3 record and ended on a high note with a sweep against Florida State at home 121 days ago. Now, the Canes are back on their home court preparing for another go around of an ACC season.

Miami will begin the second half of the season with a home-and-home series against UCF. The Knights will host the Canes on Feb. 26 at 3 p.m., followed by a home match at the Knights Sports Complex on the 28th.

Even after four months without competition, the coaches are sure the team will be ready to play again in this unprecedented season.

“I don’t think any coach would design a break in the middle of the season, but this year is all about adaptability and our group has been adaptable pretty much the whole way,” Gandara said.

The first half of the season saw the Canes reach its highest ranking in program history at No. 11, but the second half of the ACC play will pose great challenges for the young squad.

Miami will open conference play against NC State (March 6) and Notre Dame (March 7) in South Bend, Ind. It will host Syracuse (March 12) and Virginia (March 14) in its first home series before back-to-back weekends on the road.

In its toughest part of the schedule, Miami will travel to Durham, N.C., and face Duke on March 19 and three-time reigning ACC champions Pittsburgh on March 20. The Canes will close out its travel on March 26 and 27 to face Boston College and Virginia Tech, respectively, in Chestnut Hill, Mass.

“There are many challenges this season, but the first one that comes to mind is the schedule. We have to play teams like Pittsburgh and Louisville and those are always tough matches,” Gandara said. “I think the broader challenge is staying healthy.”

Again, Miami will conclude its season at home and host Louisville on April 1 and North Carolina on April 3.