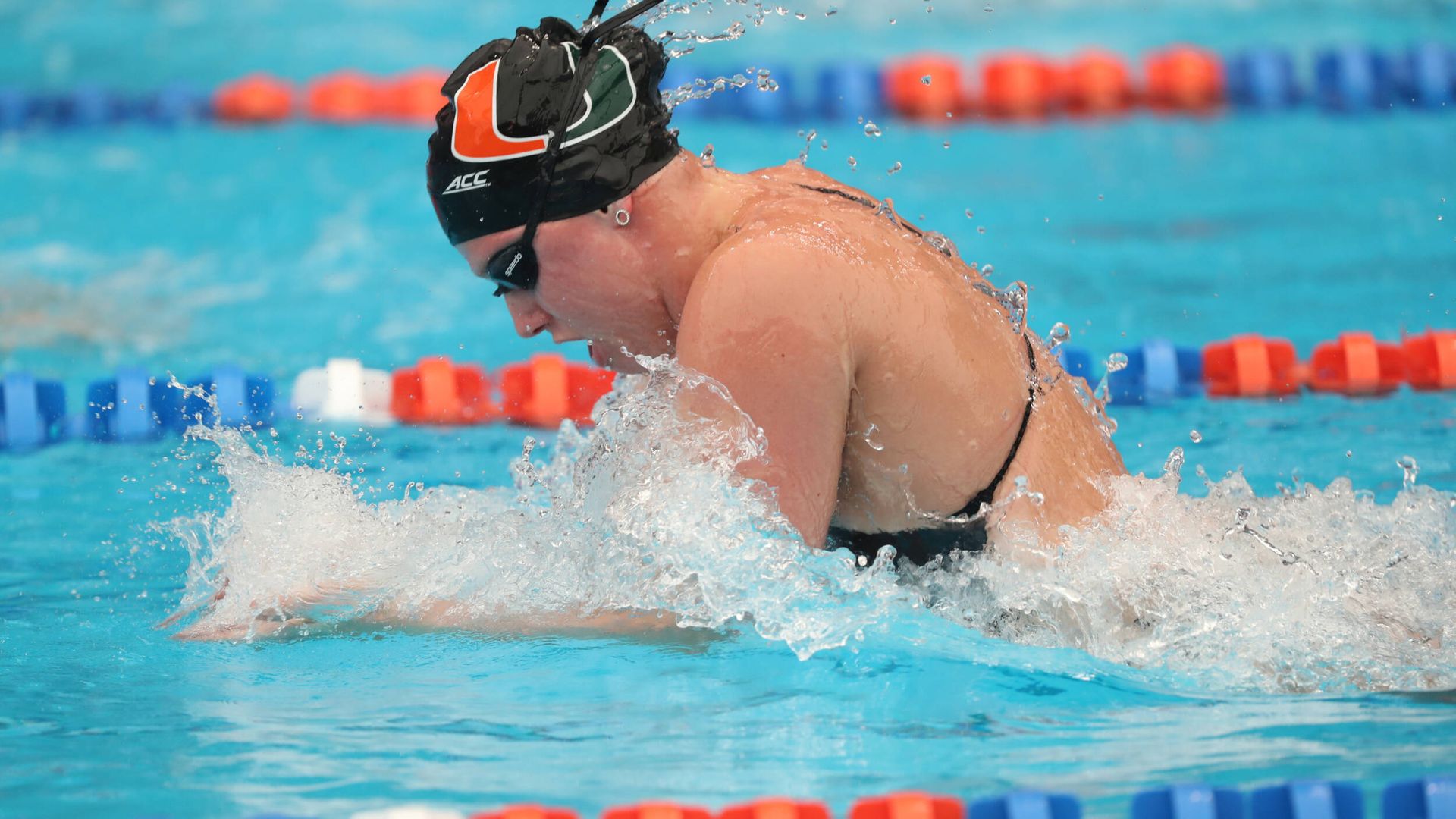 GAINESVILLE, Fla. – The Miami Hurricanes swimming & diving team opened its season Thursday at the Stephen C. O’Connell Center, facing off against host Florida in its first competition of the year.

Though the Hurricanes fell to the Gators, 190-94, head swimming coach Andy Kershaw and head diving coach Randy Ableman came away encouraged with the early returns.

Ableman was especially pleased with the divers’ effort given the nature of Thursday’s competition.

“I’m very proud of how we did,” Ableman said. “These competitions are exciting and tough, and as far as the diving goes, we roll in there early in the morning, have a short workout and start competing. Not a lot of time to get used to facility or anything, but I’m really proud of how we competed.”

“Mia dove consistently, showed a lot of progress in what we’ve been working on and competed really well,” Ableman said. “Millie was also a highlight. Her performance today was better than where we were when we were trying to qualify for NCAAs last March. Both showed lots of progress, and I’m really proud of them.”

On the swimming side, Miami’s top entry in the 200-yard medley relay – comprised of two freshmen, one sophomore and one senior – finished with a time of 1:46.19. Lucy Ho and Emma Sundstrand were making their collegiate debuts in the event, teamed with sophomore Isabel Traba and senior co-captain Sydney Knappp.

“We certainly had some spots where I was really proud of how the women attacked their races,” Kershaw said. “That was one of the things that we were a little more focused on today – finding the edge, finding the limit. In some cases, we did that and it worked out and led to some great swims.”

“It was good to see their willingness to go out and do it. There were a lot of really good races with the Gators,” Kershaw said. “We didn’t come out on top and do all of the things we were hoping to do going up there, but I think we came away with some good things and things to work on.”

Miami has a quick turnaround, hosting FIU in a dual meet on Mon., Nov. 9.

“We’ve made a lot of progress in a short amount of time, and we’ve got to keep moving from there. It was good to get racing again,” Kershaw said. “We have to keep sharpening the edge and we’ll get to it. It was a great opportunity to rep The U and the team did that well. Now, we’re looking forward to continuing to race.”