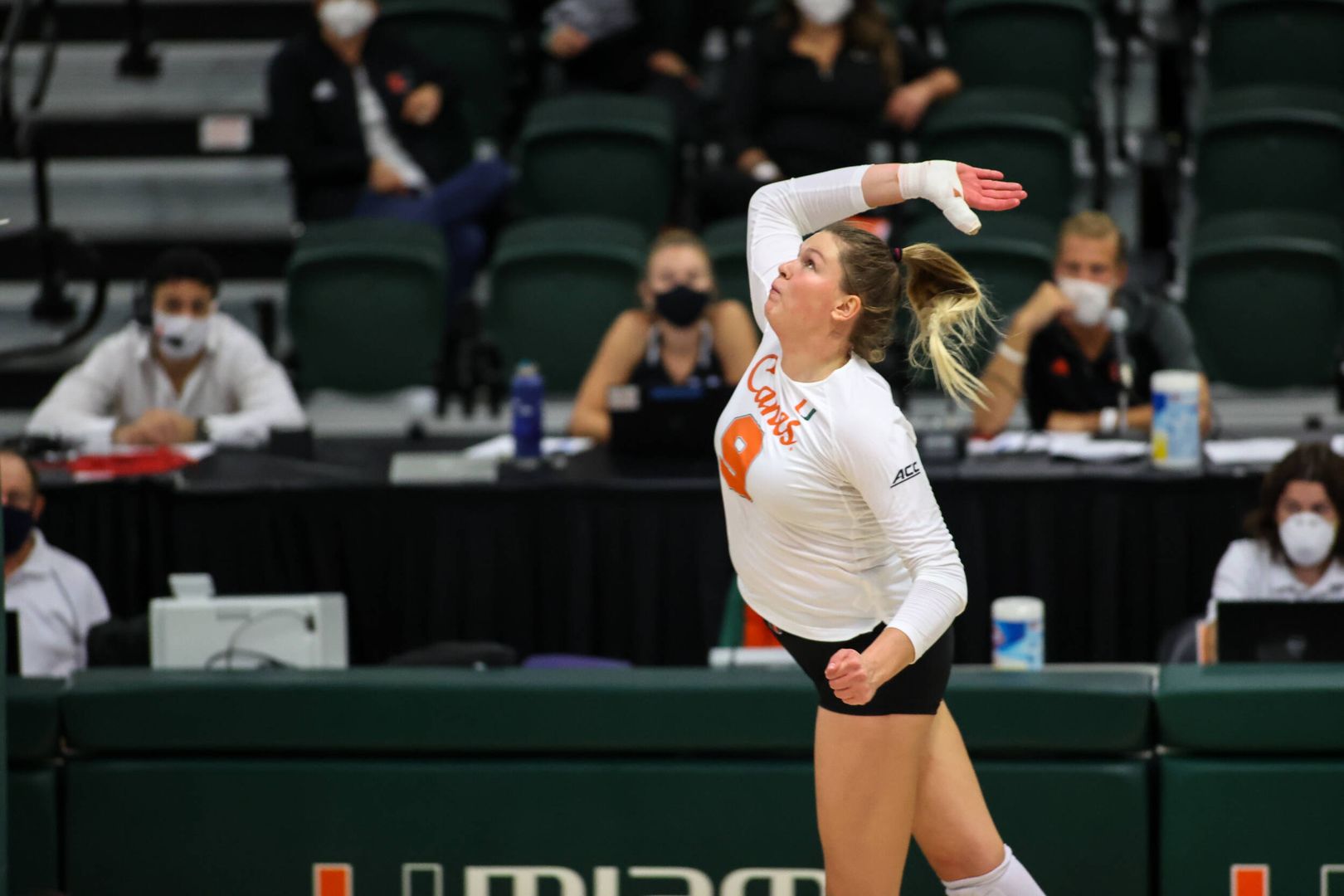 CORAL GABLES, Fla. – After an explosive first weekend on the court, Elizaveta Lukianova was recognized by the Atlantic Coast Conference as Co-Player of the Week.

The outside hitter combined for 51 kills over two matches, including a career-high 28 kills along with a career-high nine digs against Georgia Tech in the second contest against the Yellow Jackets. Lukianova’s 28 kills is tied for seventh in Miami’s top 10 list for the most kills in a single match.

It was no surprise to associate head coach Kasey Crider that Lukianova had the type of performance she did during the first matches of the unusual season.

“We saw the same thing we see every day in the practice gym: an excellent arm with good range and some really impressive composure in tough situations,” Crider said. “The lights were just a little brighter on the weekend, which makes it all the more impressive.”

Lukianova led both teams in kills each match and now ranks third in the conference with an average of 4.0 in kills per set. She also leads the Canes with nine blocks.

Miami handed the 2019 NVIC reigning champions its first loss in 10 matches with a 3-2 win in the first match of the 2020 season.

The redshirt senior finished last season being named to the All-ACC Second Team for the second-straight season and entered the 2020 campaign on the All-ACC Preseason Team.

“I think it’s not a stretch to say this is probably the biggest jump in level of play for her from year to year of any of her seasons,” Crider said. “Last year, she was even with a couple of other girls in total sets. This year, there’s no question who will get the most swings maybe not just on our team, but the whole league. She’s earned that role and those sets. I’ll put it this way – I’m glad she’s on our side of the net and not the other.”

Miami travels to Wake Forest on Oct.2 and Oct. 3 to face Wake Forest at 6 p.m. The two matches will be the Deacons’ first matches of the season.