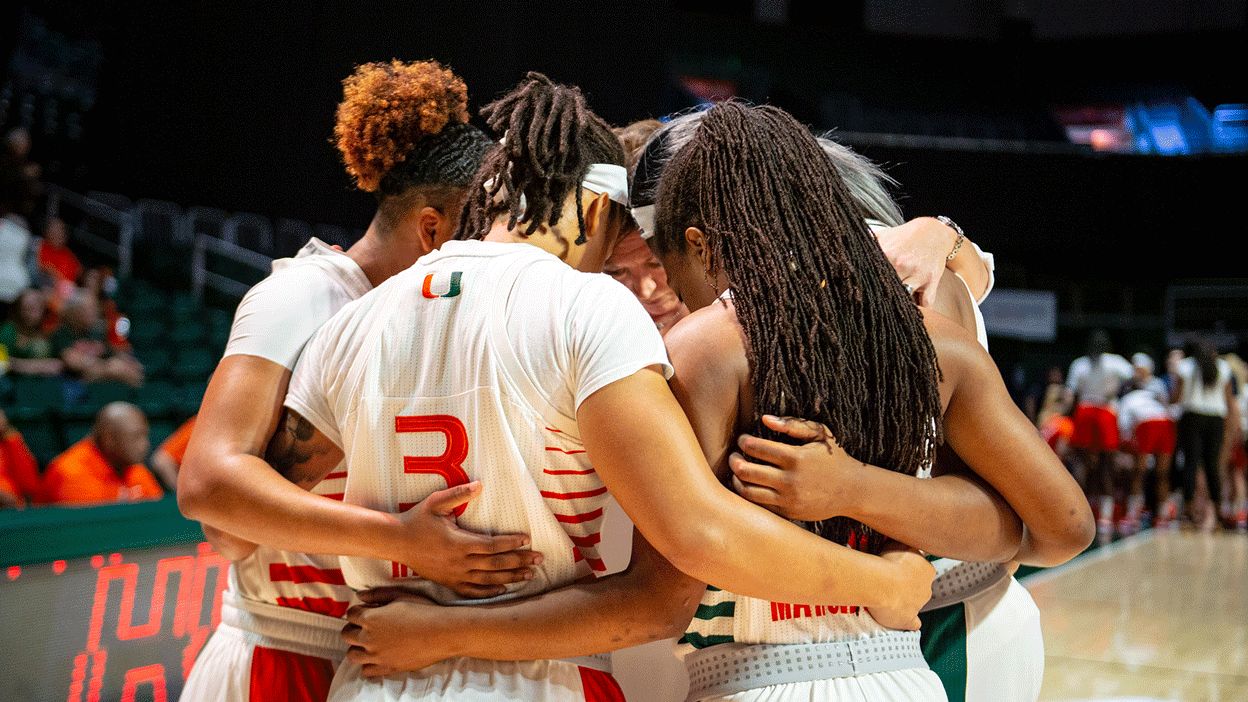 CORAL GABLES, Fla. – More than once, Shirelle Jackson has sat in her office and offered both an understanding ear and support to a student-athlete struggling with a very personal decision.

For some of those athletes, telling friends, family, coaches and teammates they identify as a member of the LGBTQ community can be daunting. Jackson’s hope for each, though, is that they understand when they’re ready, they’ll have the support and resources they need.

“Between our sports psychologist, the University of Miami Counseling Center, the LGBTQ Student Center, the Dean’s Office, we have wonderful support and I think we’ve been able to showcase a very accepting heart and accepting space,” said Jackson, Miami’s senior associate athletic director of student-athlete development. “We can provide them with the necessary resources if they need to take them. We try to show them that.”

Now, though, Jackson can point at another resource of sorts, an event that she and so many across the Miami community hope will resonate with students and the community at large.

When the Hurricanes women’s basketball team hosts Clemson in an ACC showdown at the Watsco Center on Thursday night, the program will also be hosting its first Pride Night event, featuring a pre-game panel with members of the LGBTQ community that are connected to athletics both at the college level and beyond.

There will be food, drinks, giveaways and, organizers like Jackson hope, a message sent across South Florida that at the University of Miami, inclusion matters.

“I think it sends a message that you can be your authentic self and whoever you want to be. I think it sends a message that all student-athletes are welcome here at the University of Miami, whether they identify with the LGBTQ community or they are an ally or they have questions,” Jackson said. “There’s a space for all of that. I think for our student-athletes, it’s an important message of being part of a diverse, accepting community.”

Added Dr. Gisela Vega, the director of Miami’s LGBTQ Student Center which also helped organize the Pride Night event, “I can’t say enough about it. It’s just amazing to know there are some people out there that see the importance of this, that understand the value of it, that they see athletes that are struggling and they see how this can be challenging sometimes. To know there are amazing allies out there, I couldn’t ask for a more awesome team to be able to work with over at athletics right now.”

For Clark, the event is especially personal.

During his time at Miami, the Hurricanes hosted a Pride Games event at men’s tennis as not only a show of support for Clark, who identifies as bisexual, but as a nod to the athletic department and the men’s tennis program’s commitment to diversity and inclusion.

So when he was presented with the opportunity to return to Miami and share his experience, Clark jumped at the chance.

“That was something that I want everyone to experience and to feel they can experience, to feel comfortable truly being themselves, to really enjoy the experience themselves. I definitely kind of want to share my positive experience at the University of Miami. I know other people don’t share the same story I had, but being on our men’s tennis team, it made anything I dealt with easier. I had a bunch of support from men’s tennis.”

While Thursday’s event will be the first of its kind for the Hurricanes women’s basketball team, organizers across campus hope it will become an annual event – and that it will introduce a larger segment of the South Florida community to not only the university, but Miami’s athletic program as a whole and the women’s basketball team, specifically.

“I’m thinking three to five years down the road, we really want to have not only a top-notch program, but have a community that comes out to this event and looks forward to it each and every year,” said Mackie Feierstein, Miami’s assistant AD for ticket sales and one of Pride Night’s organizers. “Look at the Florida Marlins, the Miami Heat, the Florida Panthers, the Miami Dolphins – they’re all doing these special events. Why not us? We want to help this grow into something even greater in the future. I think it’s a huge, huge win and a reminder that we are an inclusive organization from start to finish and we care about everybody.”