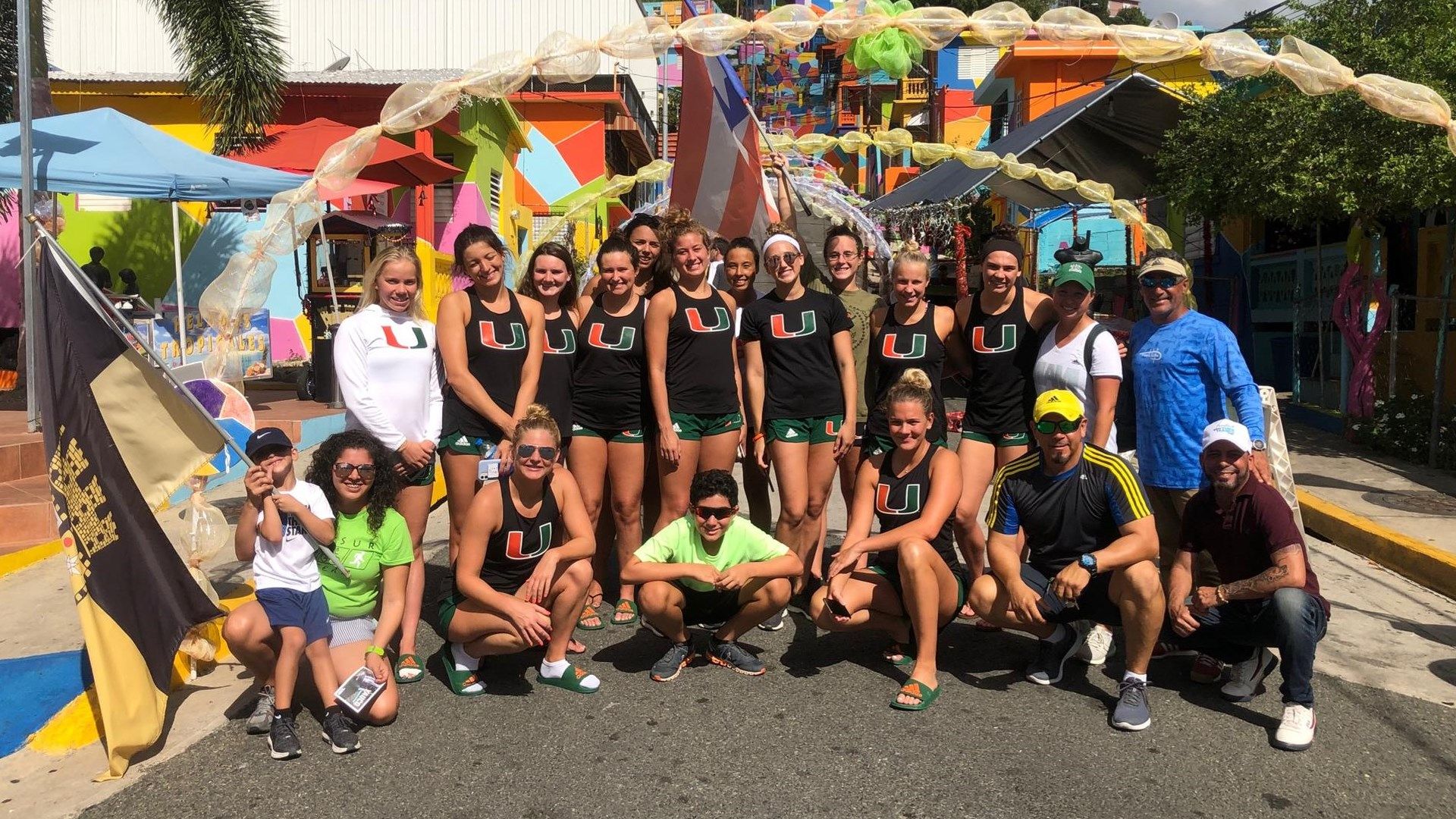 CORAL GABLES, Fla. – When the Miami Hurricanes swimming & diving team takes to the pool Saturday for a dual meet against Boston College, a December full of memories will be with them.

At the same time some of the Hurricanes divers were putting on a show at the USA Diving Winter Nationals in Minneapolis, Minn., Miami’s swimming contingent traveled to Puerto Rico for a week’s worth of training in the city of Ponce.

For the last few years, the Hurricanes had traveled to the U.S. Olympic Training Center in Colorado. This year, however, head swimming coach Andy Kershaw decided upon a new destination for their midseason camp.

“I thought a change of scenery alone would be a good thing for us,” Kershaw said. “Colorado has been absolutely great for us, but you lose a little bit of training due to the travel and adjustment to the altitude…stuff from a health standpoint that can affect things.”

In between training sessions, the Hurricanes took part in a zip lining excursion in the middle of the country and had the chance to interact with an accommodating group of local hosts. What made the Hurricanes swimmers’ trip even more special was the destination – the hometown of former swimmer Jesse Vasallo, a two-time All-American, a University of Miami Hall of Famer and 1984 Olympian.

“People were super welcoming and very happy to see us,” Kershaw said. “Once we got there, we had people commenting about Jesse and how proud they are of him. That was very cool for our team to see.”

While Miami’s swimmers were competing in two nearby cities, redshirt senior David Dinsmore was delivering a dominant outing of his own in The Twin Cities.

Dinsmore, who won a 10-meter synchronized title in Minneapolis, captured the platform title on one of the final days of the trip, earning the opportunity to represent the United States at the FINA Diving World Cup in Tokyo in April.

“I did three of the most consistent lists that I’ve done in a long time together this week. Coming off synchro, I was very confident and feeling good,” Dinsmore said after his victory. “I just want to make sure I keep going and stay consistent and stay positive. I want to make sure I can do what I did in that semifinal on all three lists.”

Kershaw said that he hopes his team takes away some of the fighting spirit on display in Ponce.

“We saw people that were fighting back,” Kershaw said. “The people in Ponce were fighting back from Hurricane Maria, even a couple of years later. They’re fighting to make their city vibrant again. They are proud of it, and they’re not shying away from it.

“From a student-athlete experience point of view, they saw a lot. They saw a different place, a beautiful place, got to experience different things and got to share experiences with people who don’t have as much as we have here.”

After an excellent December of training, Kershaw and head diving coach Randy Ableman expect a high level of performance Saturday against Boston College at the Whitten University Center Pool.