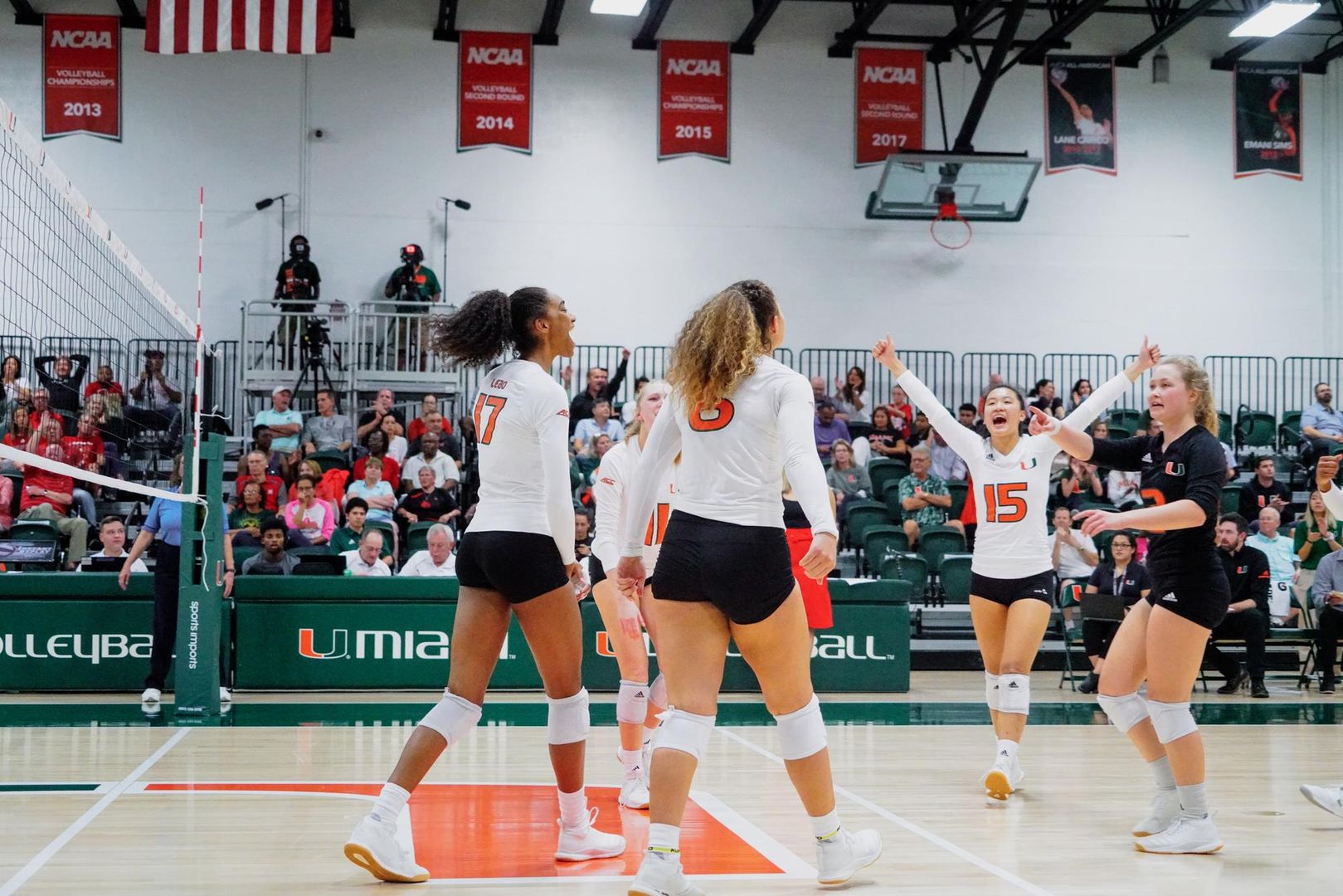 CORAL GABLES, Fla. – In a thrilling five-set match, the University of Miami volleyball program fell to Louisville in the longest and closest match of the season, 3-2.

The Cardinals (26-7, 9-4 ACC) dominated the first set, hitting .385, registering 14 kills to the Canes’ seven. Lukianova led Miami with four, hitting .375, while recording one solo and one block assist. Louisville took the 1-0 advantage with a 25-16 set win, the biggest set win of the match.

Miami (9-12, 5-8 ACC) recorded 18 kills in the second, the most in any of the five sets, while also hitting a set-high .275 to tie the match at one. Miami’s 27-25 set win was led by Lukianova’s five kills while four other Canes recorded two or more kills. Miami notched three of its nine aces in the second, including a set-high 16 assists by Vach. Vach finished with 45 and nine digs, just one shy of her fourth consecutive double-double.

Miami took advantage of Louisville’s 10 attack errors in the fourth and forced its sixth five-set match of the season. The Canes took four of the final five points of the fourth and held Louisville to its lowest hitting percentage of the match, .154, to take the set 25-22. Prince finished with four of the nine Miami kills.

The fifth set proved to be the closest of the match, with each team exchanging points, en route to 13 ties. Claire Chaussee took control of the set with seven of her 19 kills, but Miami held its own with four Canes recording a kill. Louisville posted a set-high five team block, including the match point to take the set, 17-15.