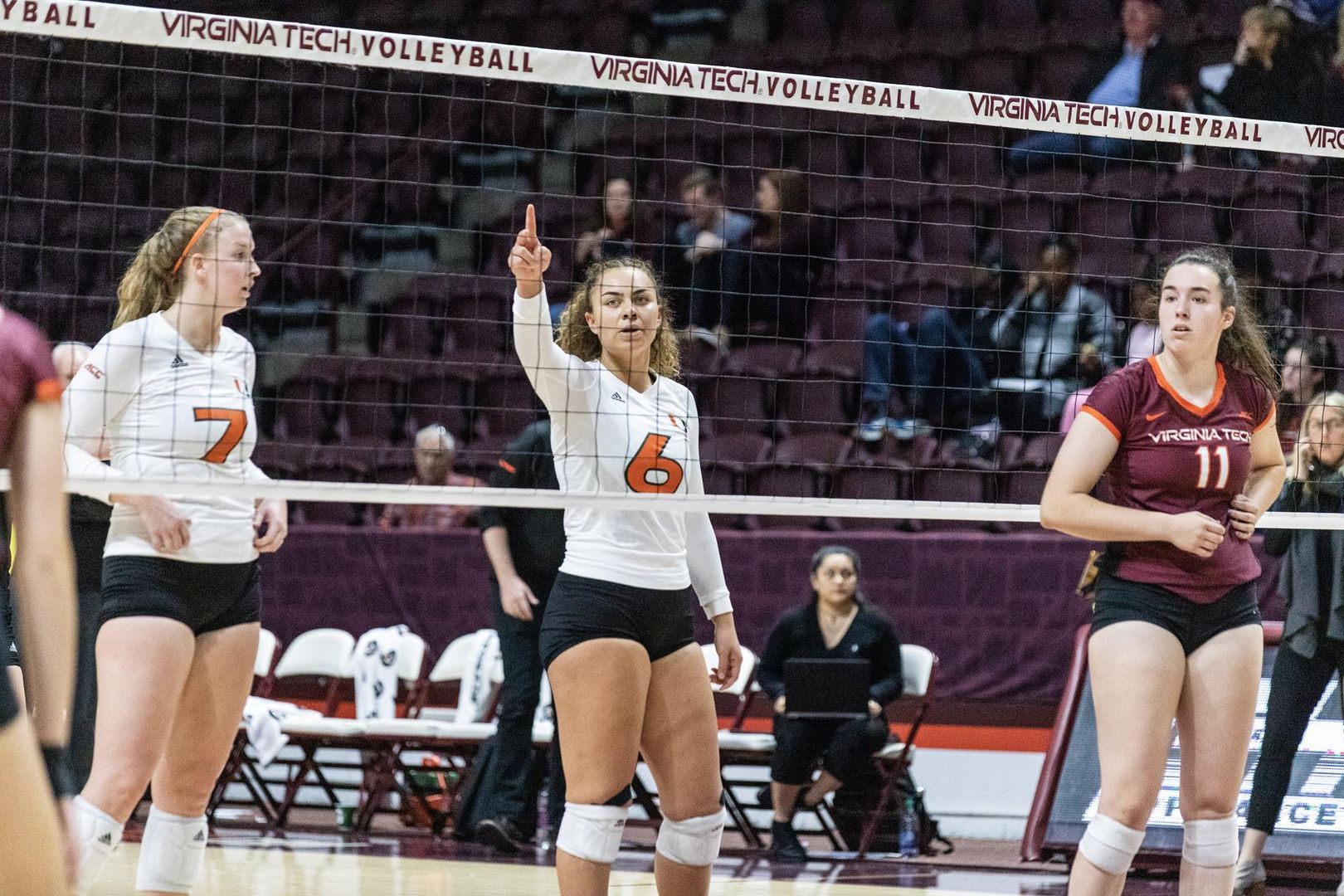 BLACKSBURG, Va. – The Miami volleyball team extended its win streak against Virginia Tech to seven straight matches, defeating the Hokies 3-1 at the Cassell Coliseum on Sunday.

For the first time this season, two Canes recorded a double-double in the same match. Kennedy Prince recorded her team-leading fifth of the season, while Savannah Vach notched her third in-a-row. Prince finished the match with 12 kills and 15 digs and Vach posted 56 assists and 11 digs. Along with the two double-doubles, Miami also tallied two season highs in kills, as Janet Kalaniuvalu finished with a match-high 22 and Madison Dill with 15.

The Hokies had its best attacking effort in the first set at .122 and jumped out to the early 1-0 lead. Taking the set, 25-23, Virginia Tech finished with 13 kills despite two Miami team blocks and 14 kills.

It was all Miami the rest of the way. The Canes registered 16 kills in the second, led by Kalaniuvalu’s six and one ace. Miami held Virginia Tech to a .033 attack percentage while recording just six kills and took the set, 25-15.

After evening the match at one, Miami hit a match high .500 in the third, dominating on offense with 13 kills off 24 attempts. Again, Kalaniuvalu added six kills and Amanda Falck recorded five of her team-high 17 digs to help lead Miami to a 25-15 set win.

Vach registered a set-high 16 assists in the final set, while Dill recorded her final five kills helping her register a season-high .478 hitting percentage. In the closest set of the match with the score tied 10 times, Miami took the set 25-23.