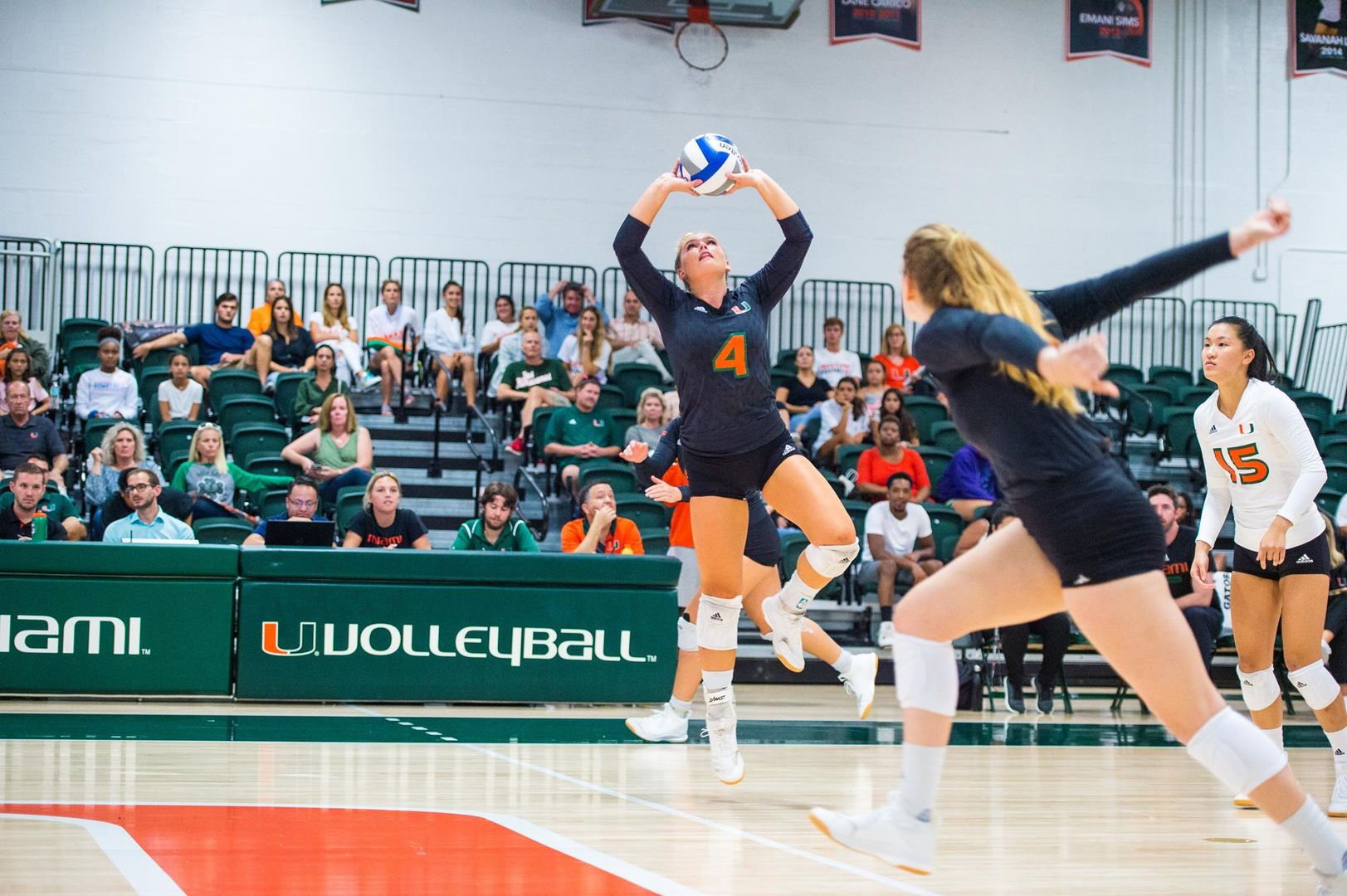 CORAL GABLES, Fla. – Miami volleyball took full advantage of its home court in the first set of the opening match of the season, but ultimately fell to the Missouri Tigers, 3-1, on Friday night.

Fans would never know that Miami’s starters included two freshmen and a transfer in the first set of the 2019 season, as the Canes registered an astounding 18 kills and a .536 attack percentage. Miami was led by freshman outside hitter Kennedy Prince, who tallied six kills off 11 attempts. The powerful hitter showed why she could be one of the Canes’ weapons on offense this season and head coach Jose “Keno” Gandara was impressed with what he saw in the Texas native’s first collegiate match.

“Kennedy’s a very powerful player and she’s learning how to manage that on offense,” Gandara said. “She’s doing a lot for us and keeps growing as a player. We’re excited to watch her grow this season as she’ll be taking on a lot of responsibility.”

Six different Canes registered at least one kill in the opening set, allowing only six by the Tigers, to take the first set, 25-13.

The second set, 25-20, would be the closest of the four, as the score was tied three times along with three lead changes. Preseason All-ACC honoree Elizaveta Lukianova led Miami in the second with her four kills, while Prince added two. Sophomore Priscilla Hernandez recorded two of Miami’s seven service aces in the second, but Mizzou’s best offensive set was too much for Miami.

The Tigers tied the match at one after Tyanna Omazic registered five of Mizzou’s 14 kills in the second.

With just three Miami players registering a kill in the third, including three by both junior transfer Janet Kalaniuvalu and Prince, Mizzou’s 16 kills outdid the Canes in the set. Kalaniuvalu’s serve and experience is something the Canes will look to build off this season and is expected to be a key component moving forward.

“Janet was very consistent out there and was something we were expecting from a veteran player like herself,” Gandara said. “She knows what to work on and she helps us in a lot of ways, especially in her serve and her offense.”

Missouri took it’s first lead of the match with a 25-18 set win.

Miami wouldn’t go down easy on its home court, jumping out to an early 6-1 lead in the fourth. Registering two of her three aces, Prince gave Miami its first three points of the set but the Tigers strung five-straight points to tie the match at six. Mizzou then slowly started to pull away with its biggest lead of seven points at 22-15. Mizzou limited the Canes to a .185 attack percentage in the final set and edged Miami 13-9 in kills to take the final set and the match, 25-17.

Miami will host the Hurricane Invitational on Sept.6-8 and will face George Washington and USF. With two more home matches before three consecutive road weekends, Gandara knows there’s work to be done.

“I thought that we did a nice job with our game preparation, but we have a long ways to go as a team, skill wise,” Gandara said. “The girls were connected and really battled. I’m optimistic to watch film and see what we can find.”