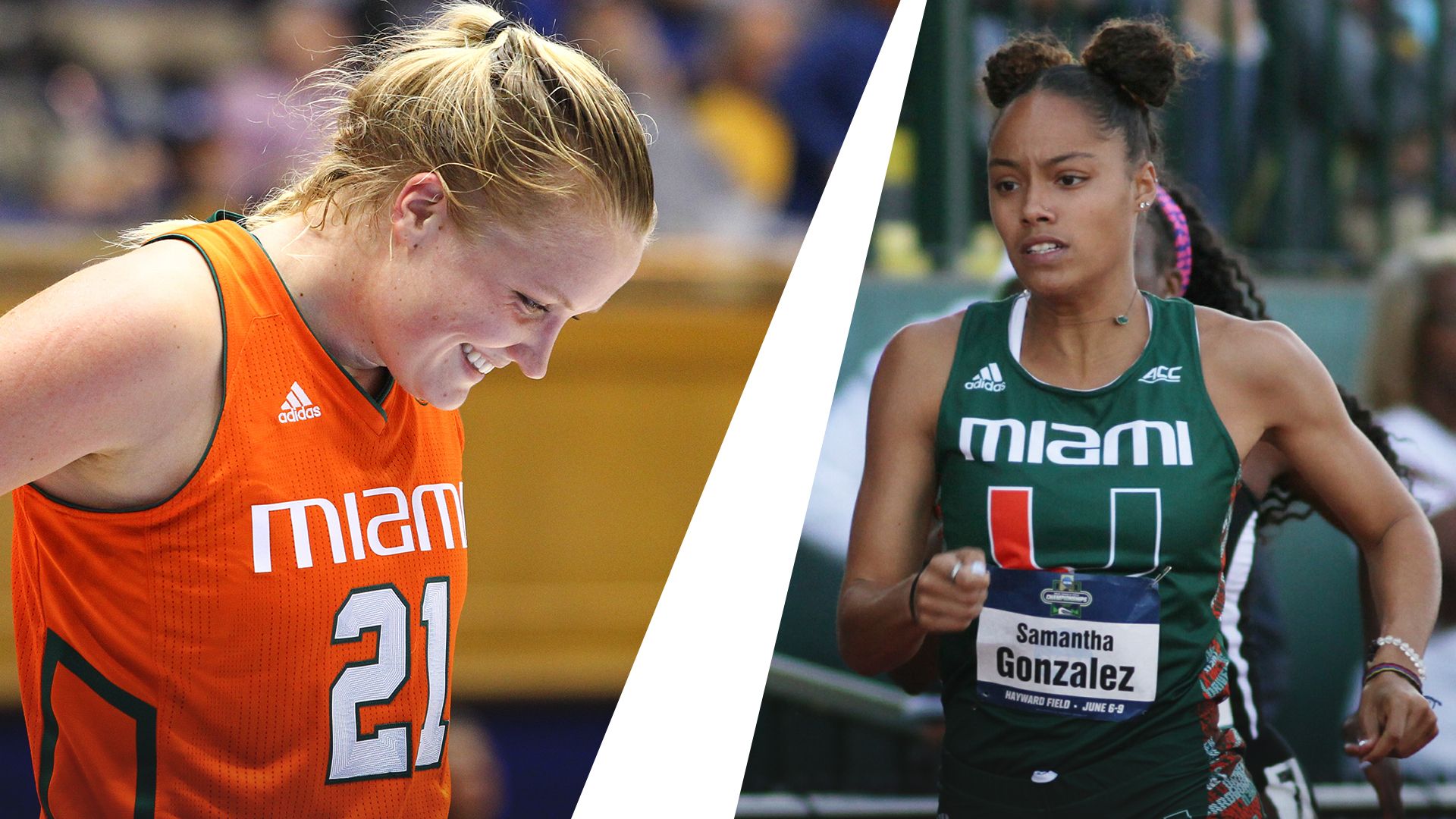 Hof, Gonzalez Nominated for NCAA Woman of the Year

CORAL GABLES, Fla. – Two outgoing University of Miami student-athletes are among the record 585 nominees for the 2019 NCAA Woman of the Year award, as announced Wednesday afternoon.

Basketball standout Emese Hof and ACC champion hurdler Samantha Gonzalez represent Miami on the list, which features 262 individuals from the Division I level.

Established in 1991, the NCAA Woman of the Year award recognizes graduating female college athletes who have exhausted their eligibility and distinguished themselves in academics, athletics, service and leadership throughout their collegiate careers.

The lone four-time All-ACC Academic Team selection in program history, Hof participated in a variety of community service events during her time at Miami and graduated with a 3.49 GPA. As an exercise physiology major with a psychology minor, Hof made the AD’s Honor Roll (min. 3.2 GPA) five times.

The Carrollton, Texas, native garnered three All-ACC Academic Team distinctions (two outdoors, one indoors) and made the Dean’s List (min. 3.5) four times. Along with participating in several community service events, Gonzalez graduated with a 3.54 GPA as a sport administration major with a communications minor.

Conferences will now select up to two nominees each from the pool of school nominees, which can be found HERE. Then, the Woman of the Year selection committee, made up of representatives from the NCAA membership, will choose the Top 30 honorees — 10 from each division.

The selection committee will determine the top three honorees from each division from the Top 30 and announce the nine finalists in September. From those nine finalists, the NCAA Committee on Women’s Athletics then will choose the 2019 NCAA Woman of the Year.

The Top 30 honorees will be celebrated and the 2019 NCAA Woman of the Year will be named at the annual award ceremony Oct. 20 in Indianapolis.