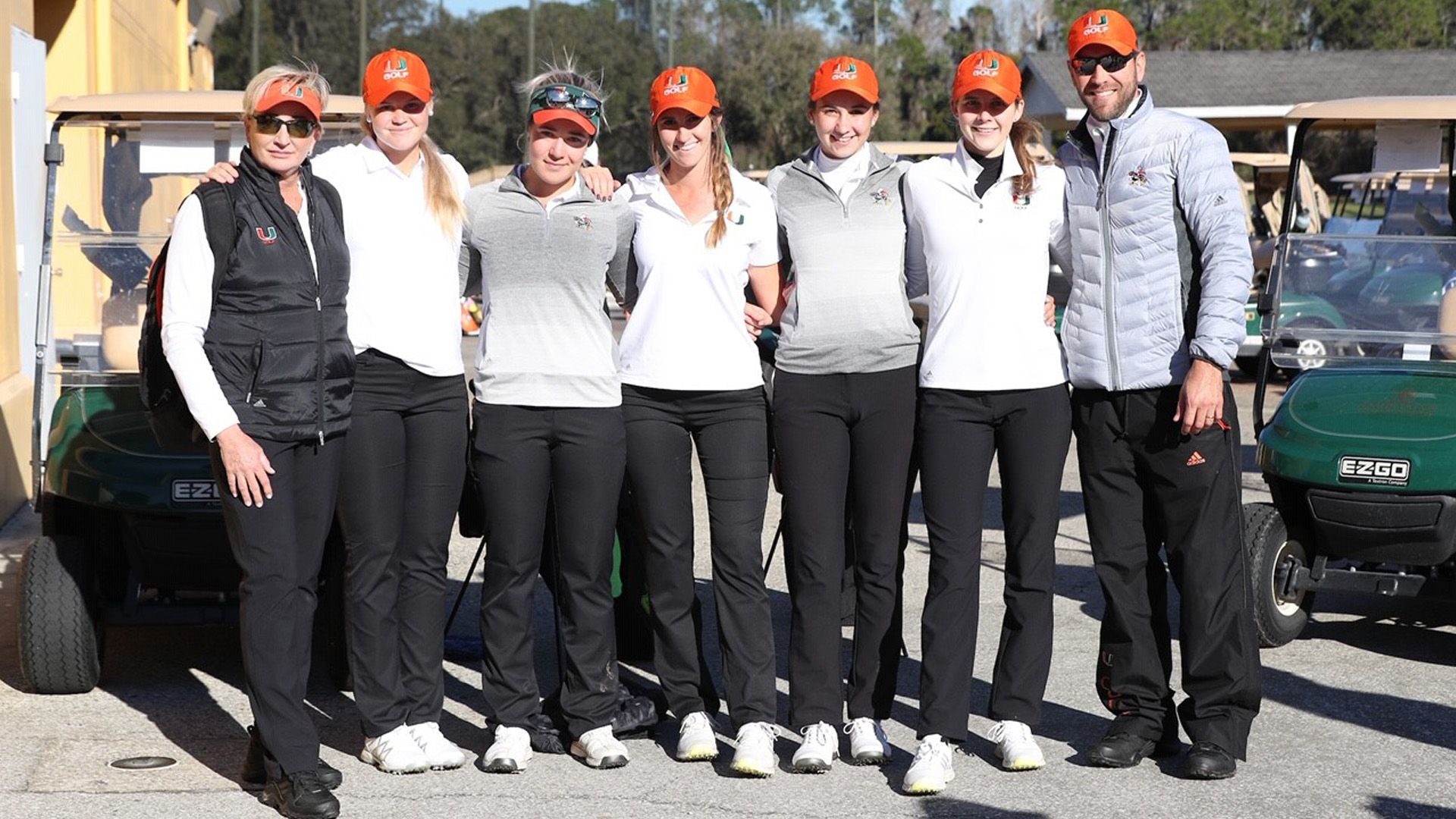 TAMPA, Fla. – The University of Miami golf team opened the spring season at the Florida Challenge on Monday with a second-place team finish, including a pair of top-10 individual performances by sophomore Kristyna Frydlova and freshman Anna Backman.

Held at the Par-72 6,240 yard Tampa Palms Golf and Country Club, the event was shortened to just one round of 18 holes due to overnight rain postponing the opening tee time to 11 a.m.

Leading the way for Miami, Frydlova tied for third, scoring two-under par and carding four birdies. Making her collegiate debut after joining the Hurricanes at the start of the 2019 spring semester, Backman tallied a trio of birdies to tie for sixth with a score of 73.

Rounding out the Hurricanes’ lineup were junior Macarena Aguilera (tied for 13th, 76), graduate student Claudia De Antonio (tied for 19th, 78) and junior Renate Grimstad (tied for 23rd, 80), as Miami concluded the round in second at 9-over-par.

Miami will return to action on Sunday, when they travel to Orlando for the UCF Challenge Feb. 3-5.