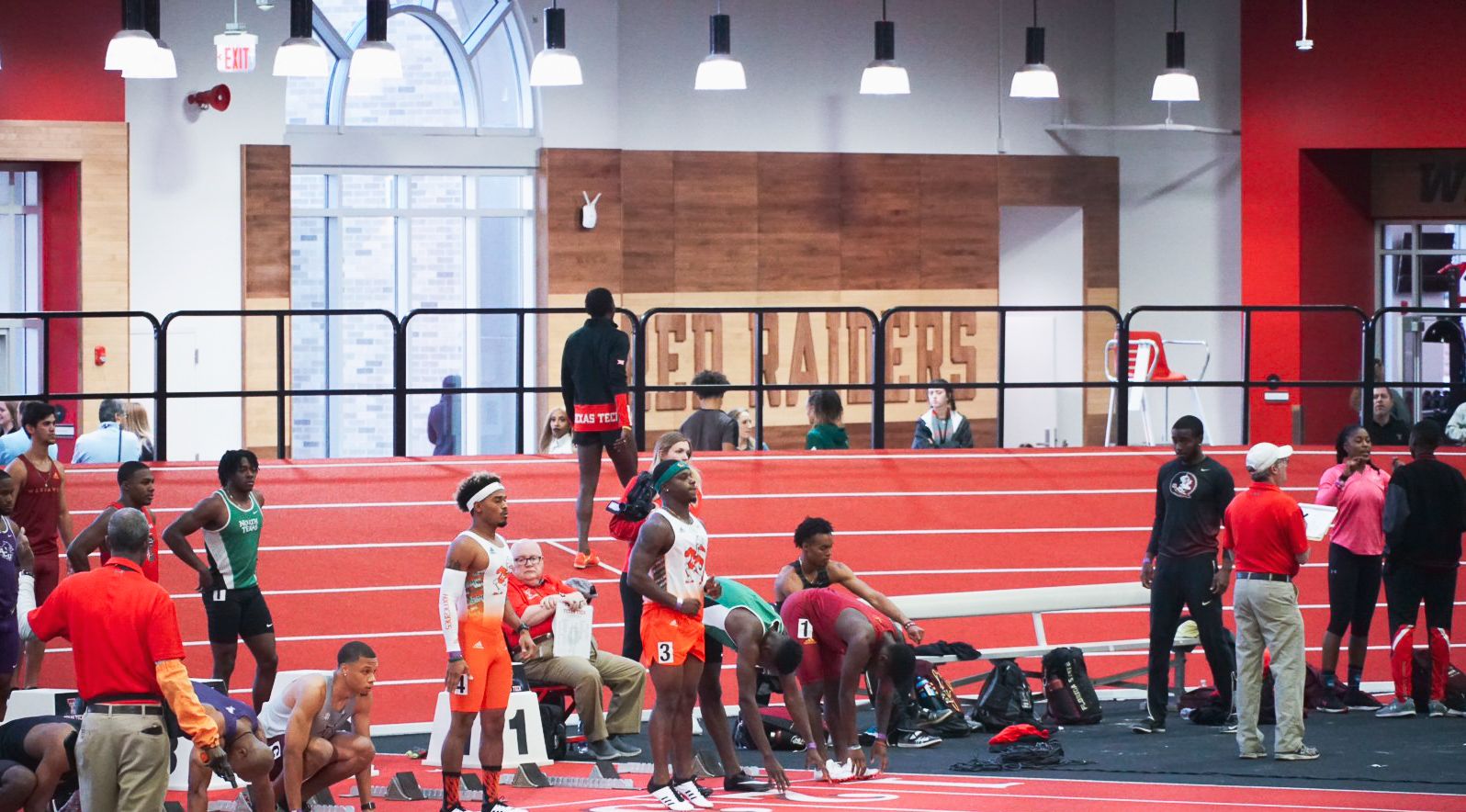 Both sophomores won the weight throw in their respective heats. Ajagbe took the early first place position after her first throw went for 19.11m. Her fourth throw of 19.23m would be enough to give the Miami, Fla., native the best mark in the field of nine. Arreaga followed suit despite a slow start to his day. A resilient effort by the Spaniard saw Arreaga turn three straight fouls into a first-place finish with a mark of 20.36m on his fourth effort.

“Debbie and Kevin competed well today and I was happy for both of them winning their events,” associate head coach Cory Young said. “We are still making technical adjustments and looking for bigger throws. Wins are great but we have much higher expectations and goals, so we will get back to work this week.”

In a stacked group of opponents, freshman Chauncy Smart held his own while posting a personal best time of 6.80 seconds in the 60m.

“I’m really pleased with how Chauncy executed today, especially in this field tonight,” assistant coach Diego Flaquer said. “He transitioned everything that we worked on since the UAB meet into tonight and I think he is beginning to understand what we have to continue to improve on to run fast when it counts late in the season.”

After a stellar opening meet, Tiara McMinn picked right up where she left off in the 60m hurdles by advancing to the finals with a season-best time of 8.19 seconds then later finished eighth overall with a time of 8.35.

Auburn transfer Xavier Coakley returned to the finals in the 60m hurdles for the second straight meet after registering a season-best time of 8.08 seconds. Coakley finished eighth in the final with a time of 8.29.

Thomas Burns boasted a personal best time in the 400m winning his heat with a time of 47.53 to finish 14th overall. Davonte Fuller continued his great start to his collegiate career, registering a time of 48.90 in the same event.

“We’re really pleased with Thomas’s performance today, not only because of his PR, but more importantly he set up the race according to plan,” Flaquer said. “Truly proud of him considering this is just his second time running a bank track.”

The Canes close out the Texas Tech Classic tomorrow, beginning with Hannah-Sophia Hall and Sherry Lubin competing in the women’s shot put at 10 a.m. Freshman Molly Caudery will make her second appearance for the Canes in the pole vault directly after at 11:30.

After recording a personal best mark in the 600m in Alabama, Kayla Johnson makes her way back to the track to represent Miami in the 800m. The action will continue with the women’s mile, the women’s 200m and the shot put before McMinn and Celine Thompson make their way to the women’s high jump. Miami will close the weekend out in the men’s and women’s 4×400.