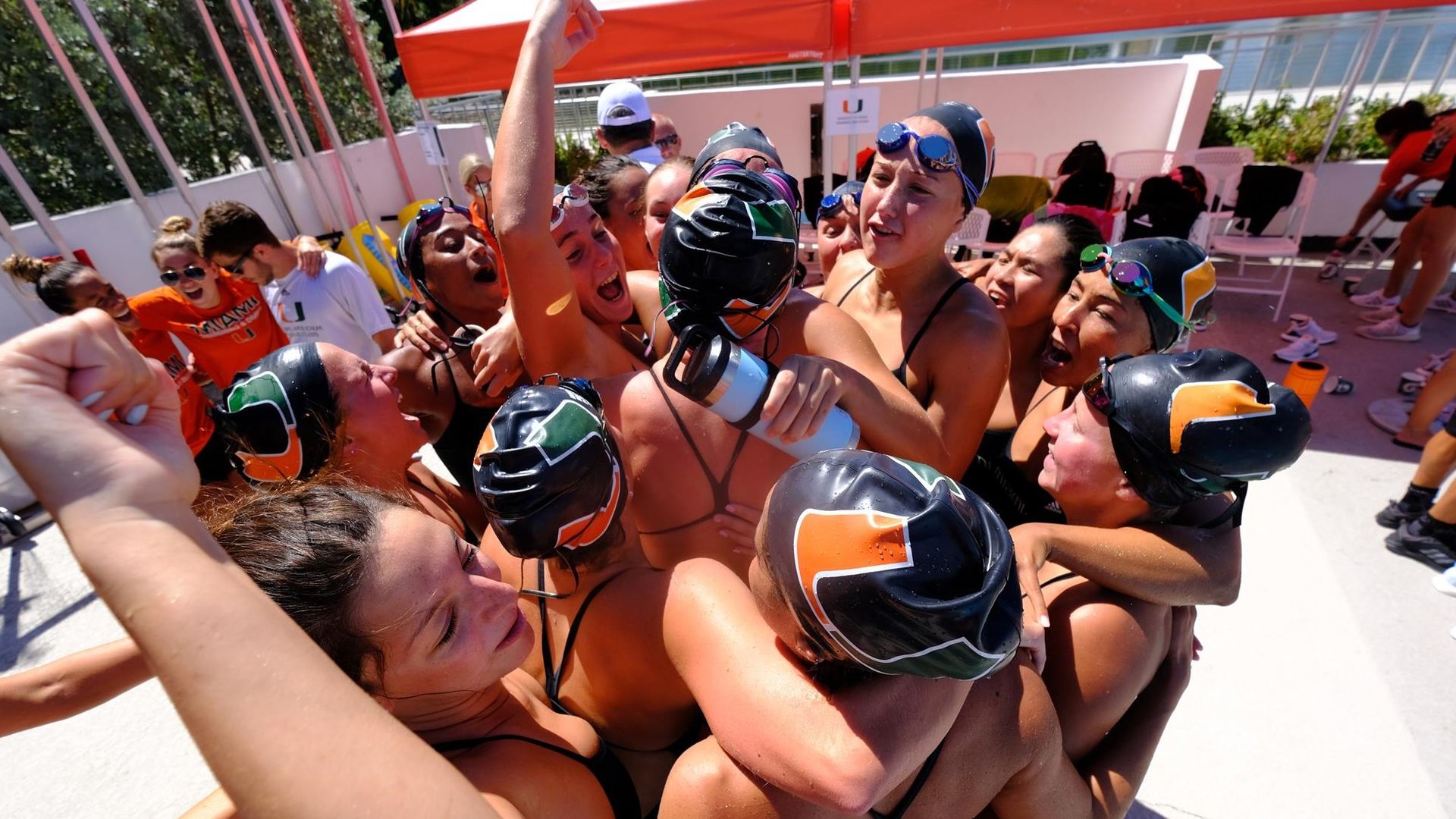 FORT MYERS, Fla. — The University of Miami women’s swimming and diving team finished off a clean sweep of in-state foe FGCU Saturday afternoon, taking down the host Eagles at the FGCU Aquatics Complex.

The Hurricanes (4-3), who had not topped the Eagles in seven prior seasons entering 2018-19, bested FGCU for the second time this year after capturing a 121-119 decision at home in mid-October.

“It was great to see the team rally together to get this win,” head swimming coach Andy Kershaw said. “This one was definitely a total team effort. Our team showed a lot of grit at the end of our races, and got their hands on the wall. That is a result of the hard work they have been putting in. Our front end speed is still developing, and by the time ACC’s comes around we will have all systems in place. I can’t wait to see the how fast they swim.”

Miami had a number of strong individual performances both on the boards and in the lanes, with freshman Millie Haffety taking top honors in the 3-meter (290.92) and redshirt sophomore Alicia Blagg earning the same distinction in the 1-meter (310.12). Haffety also took second in the 1-meter (305.17) while senior Carolyn Chaney took third (286.80) to complete a clean sweep of that springboard.

Not to be outdone, the Hurricane swimmers won five of the individual swimming events over the course of the day, led by two wins from freshman Zorry Mason.

“The divers came through big for us as always. They are elite-level athletes, and they always perform at that level,” Kershaw said. “Again, this was a total team effort.”

Junior Claire McGinnis opened the individual action with a top finish in the 1,000-yard freestyle (10:23.13) to set the tone early, and Miami showed its depth with Emily Weissman taking third and Katie Sickinger taking fourth.

“It was exciting to see Claire put together such a well executed 1000,” Kershaw said. “After getting beat in the medley relay, her win along with Emily and Katie’s third and fourth came at a pivotal moment.”

The Hurricanes followed up the strong start by taking the top two times in the 200-yard freestyle; sophomore Carmen San Nicolas Martinez captured first place (1:52.73) while fellow sophomore Sydney Knapp was not far behind in second (1:53.49).

“We’ve been working hard on that mindset,” he said.

After a second-place finish from freshman Coco Hull in the 50-yard freestyle (24.32), Mason captured another first-place finish in the 200 IM to continue a stellar freshman campaign. The Louisville, Ky., native touched the wall in 2:03.71. Not far behind was freshman Maria Artigas Fernandez, in second place (2:07.28).

“Zorry stepped up huge for the team once again. That has become pretty standard for her, but it does not go unnoticed,” Kershaw said. “When it came to the 100 breast we knew that if she won the event, we would be in good shape to win the meet. That’s a lot of pressure to take on as a freshman, but she handles it and executes.”

Another key win from sophomore Alaina Skellett came in the 100-yard backstroke (56.69), where Miami had three of the top four finishes – including a fourth-place finish from senior tri-captain Roxanne Yu, competing in the final dual meet of her career.

“This was a great way for our senior class to end their dual meet careers,” he said. “They have worked hard to lead this team to this place, and they stepped up again tonight.”