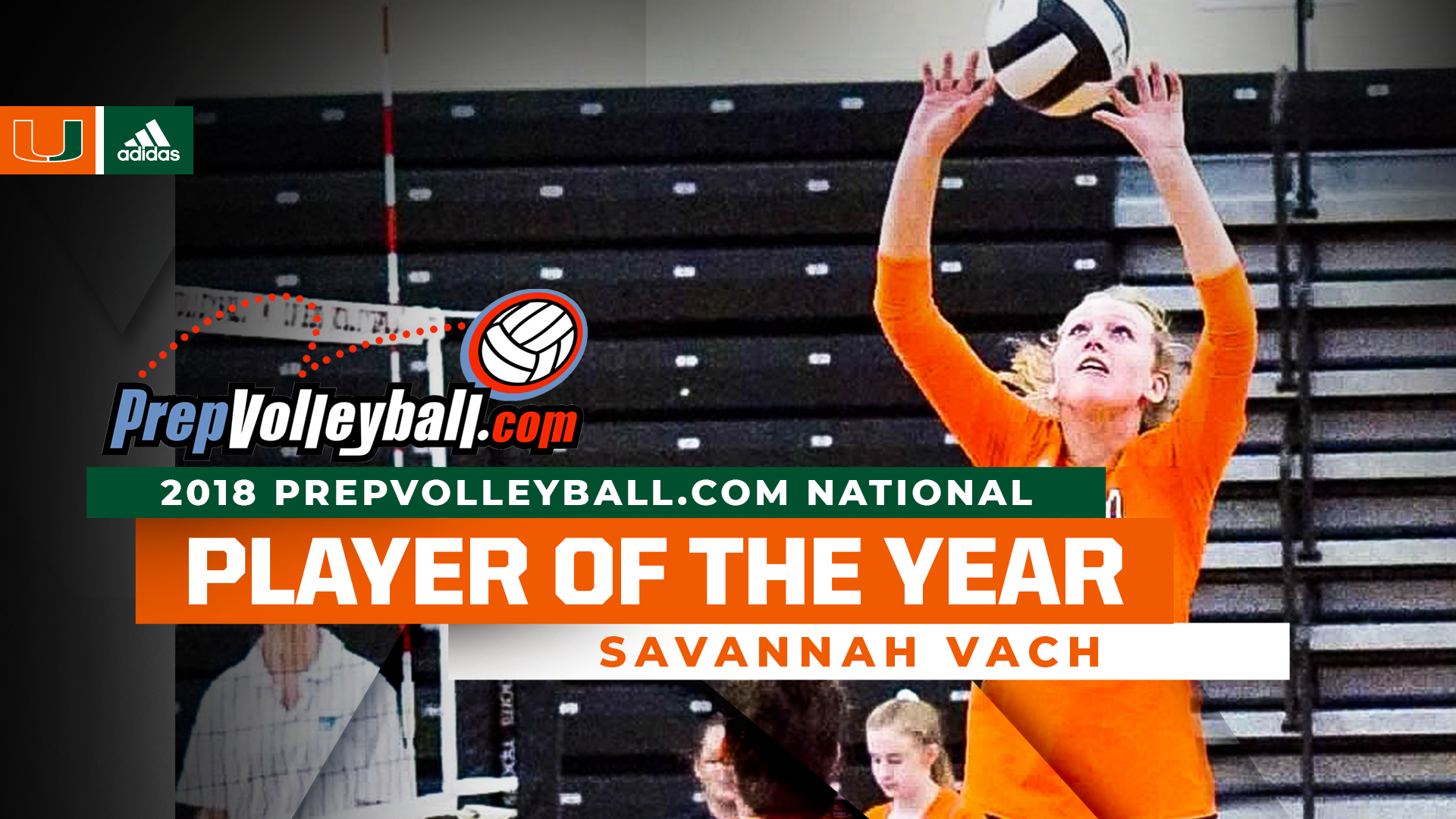 The five-foot, ten-inch setter has had an illustrious high school career, boasting quality numbers in her senior campaign with a career-high 402 kills and a .406 hitting percentage. The two-time All American and 2018 Under Armour First Team All-American also registered 29 assists and a staggering 363 aces, 51 blocks and a career-high 334 digs with Oviedo.

“Winning this award was a huge surprise and is just an amazing honor to even be considered,” Vach said. “Now I’m super excited to start getting settled into Miami, meeting all the new girls and start working in the gym.”

“At this point, Savannah being honored for her ability isn’t a surprise,” Associate Head Coach Kasey Crider said.  “Without a doubt she’s among the very best players in America and this recognition reinforces that. Her ambitions don’t end with this award, nor do they end in college. She’s preparing to be a world class player and she has work to do, but essentially this award illustrates that she’s on the right track.”

Vach is one of Miami’s four fall signees who will join the Canes in 2019. Vach’s timing is perfect as the Canes will be without Haley Templeton, a 2018 ACC First Team honoree and two-time AVCA East Coast Region Team recipient for the first time in five seasons.