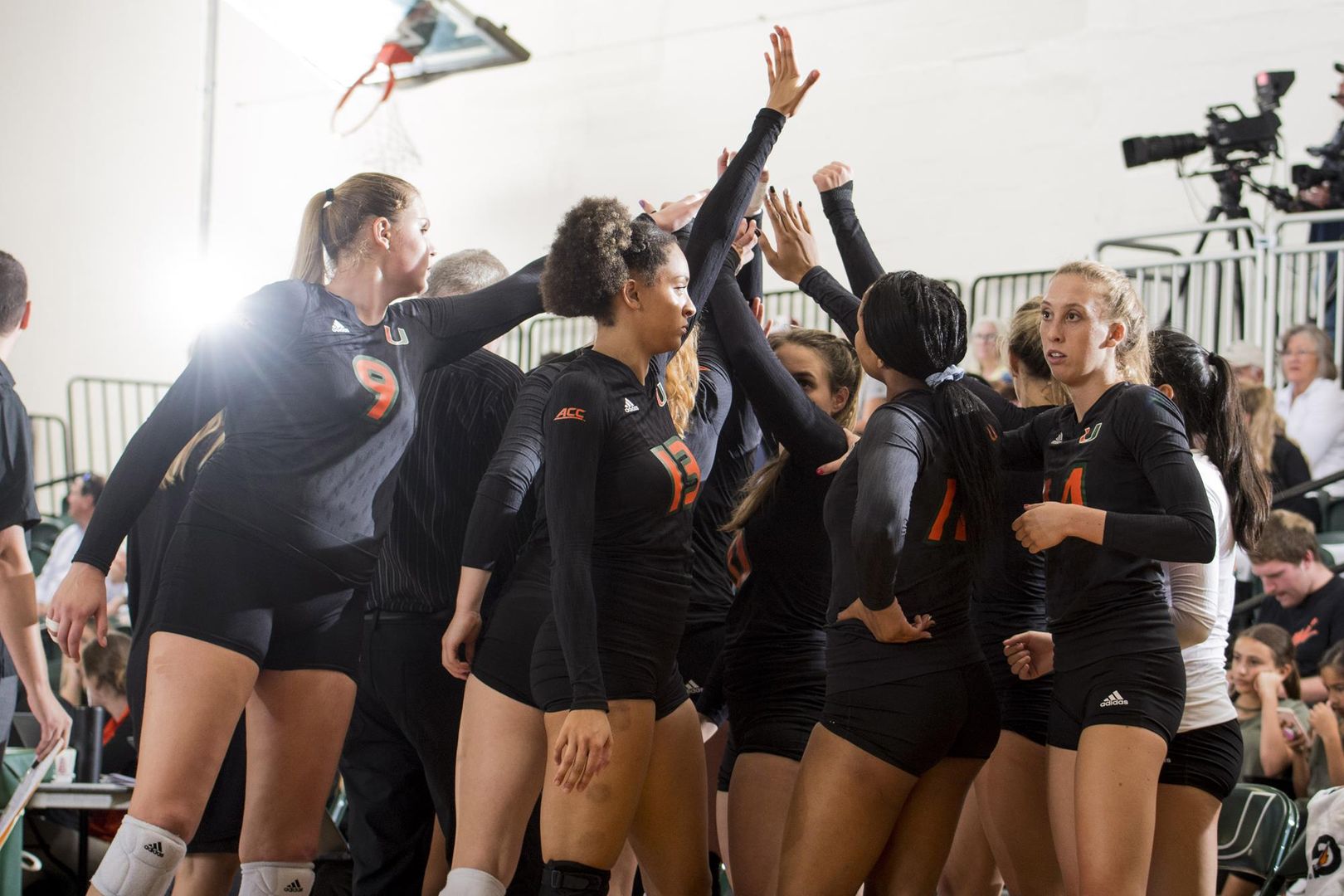 SOUTH BEND, Ind. –  The University of Miami volleyball team fell to Notre Dame, 3-0, on Sunday at Purcell Pavilion in its fifth ACC loss of the season.

The Fighting Irish (15-9, 9-5 ACC) finished with just nine kills in the first but took advantage of Miami’s nine errors, recording just one themselves. Notre Dame took the 1-0 lead with two players hitting above .400 in the 25-16 set win.

Miami dropped a close set to go down 2-0 after the score was tied 17 times. The biggest lead of the set was three points, which Notre Dame recorded three times. Senior outside hitter Kolby Bird recorded her 10th kill of the match in the second and has now recorded 10 or more in the 11 consecutive matches.

Bird’s seven kills kept the set close but Notre Dame’s hitting continued to cause problems for the Canes. Notre Dame took the final four points of the set off three Canes’ attack errors and an ace in the 25-22 set win.

Notre Dame’s .375 attack percentage led the Irish past the Canes and took the final set, 25-22. Miami recorded eight blocks in the third, beating the Irish at their own game as they entered the match with the second most blocks per set (2.85) in the ACC.

Redshirt senior setter Haley Templeton was one dig away from recording a double-double with 29 assists and nine digs. Templeton has now registered 765 assists this season.

Miami gets back on the road next week and travels to Wake Forest on Nov. 9 for a 7 p.m. match. The Canes will travel to North Carolina on Sunday at 1 p.m. to finish their road trip.