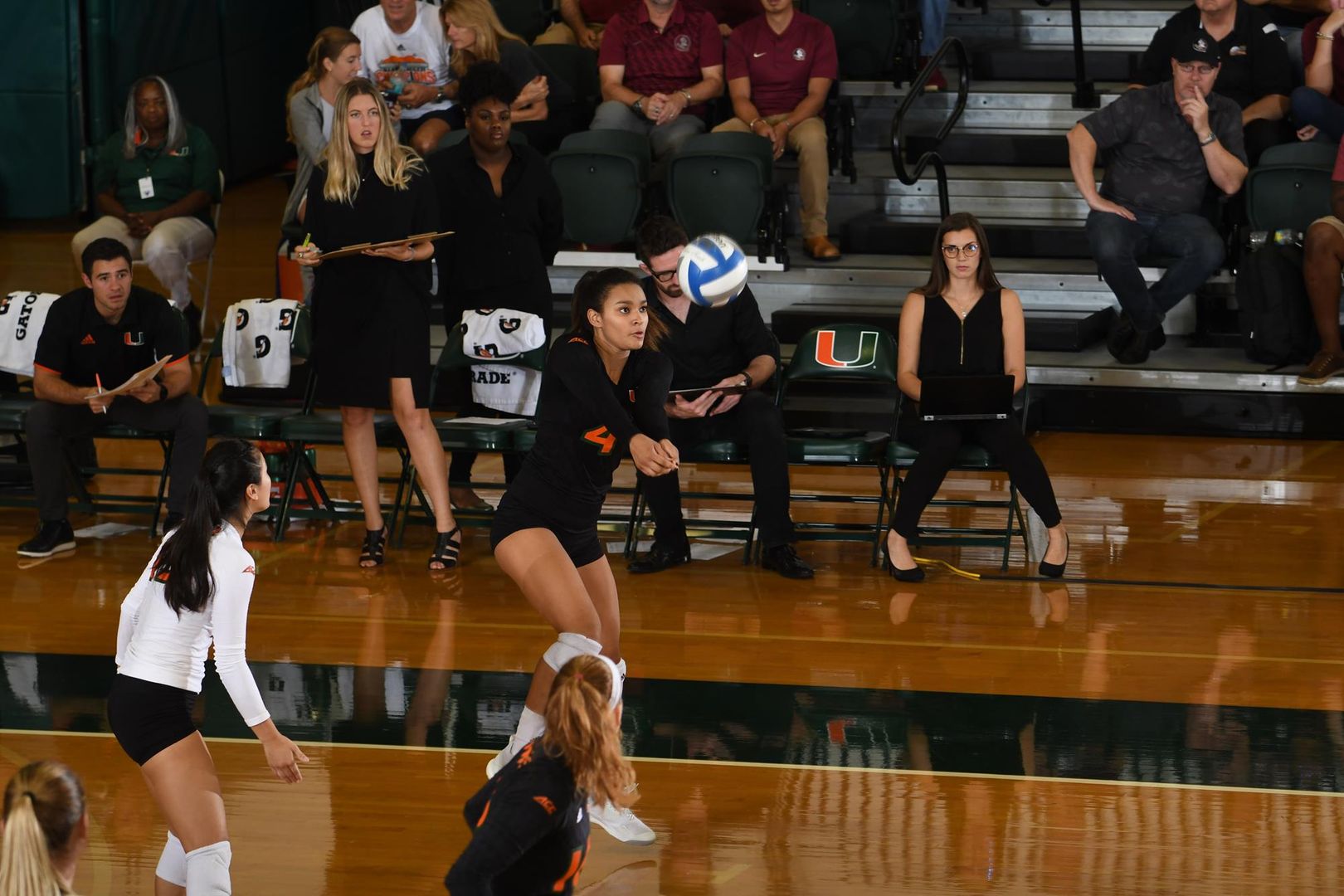 Miami Volleyball Falls to No. 24 Louisville, 3-1

LOUISVILLE, KY. –  The University of Miami volleyball team dropped its fourth ACC match of the season on Friday night to No. 24 Louisville, 3-1, at Cardinal Arena.

Miami’s defense held the Cardinals to a .048 attack percentage in the first set with freshman Chloe Brown recording two blocks and both Bridget Wallenberger and Cameron Dobbs each registering one apiece. The Canes tallied 22 digs, with eight players recording at least one.

Kolby Bird helped the Canes jump out to a 22-13 lead with seven kills in the first, before the Cardinals went on an eight-point run. Miami took the 1-0 lead off an attack error from the Cardinals and a kill from Elizaveta Lukianova, her fourth of 11 on the night.

The Cardinals (18-6, 11-2 ACC) jumped out to an early 6-2 lead before the Canes pulled within two from Lukianova and Brown’s kills. Miami pulled within three points against Louisville at 22-19, but the Cardinals capitalized on offense and took the final three out of four points to tie the match at one.

The Cardinals hit a match-high .278 in the third, recording 16 kills off 36 attempts. Four Louisville players recorded three or more kills and seven registered at least one dig. The Canes were held to a .056 attack percentage, recording just seven kills and four blocks in the 25-19 set loss.

The Canes fought in the fourth set, tying the set at 22. Wallenberger’s four kills and the Canes 10 blocks in the fourth helped the Canes get within reach of tying the match at two, but the Cardinals took the final three points to give the Canes its fourth conference loss of the season.

Bird registered 10 or more kills in her 10th straight match, finishing the night with a team-high 13. Wallenberger finished with eight blocks and nine kills and redshirt senior setter Haley Templeton tallied 34 assists.
Miami will travel to South Bend, Ind., on Sunday to face Notre Dame at noon. The Fighting Irish fell to Florida State, 3-1, at home on Friday night and dropped to 14-8 overall and 8-5 in the ACC.