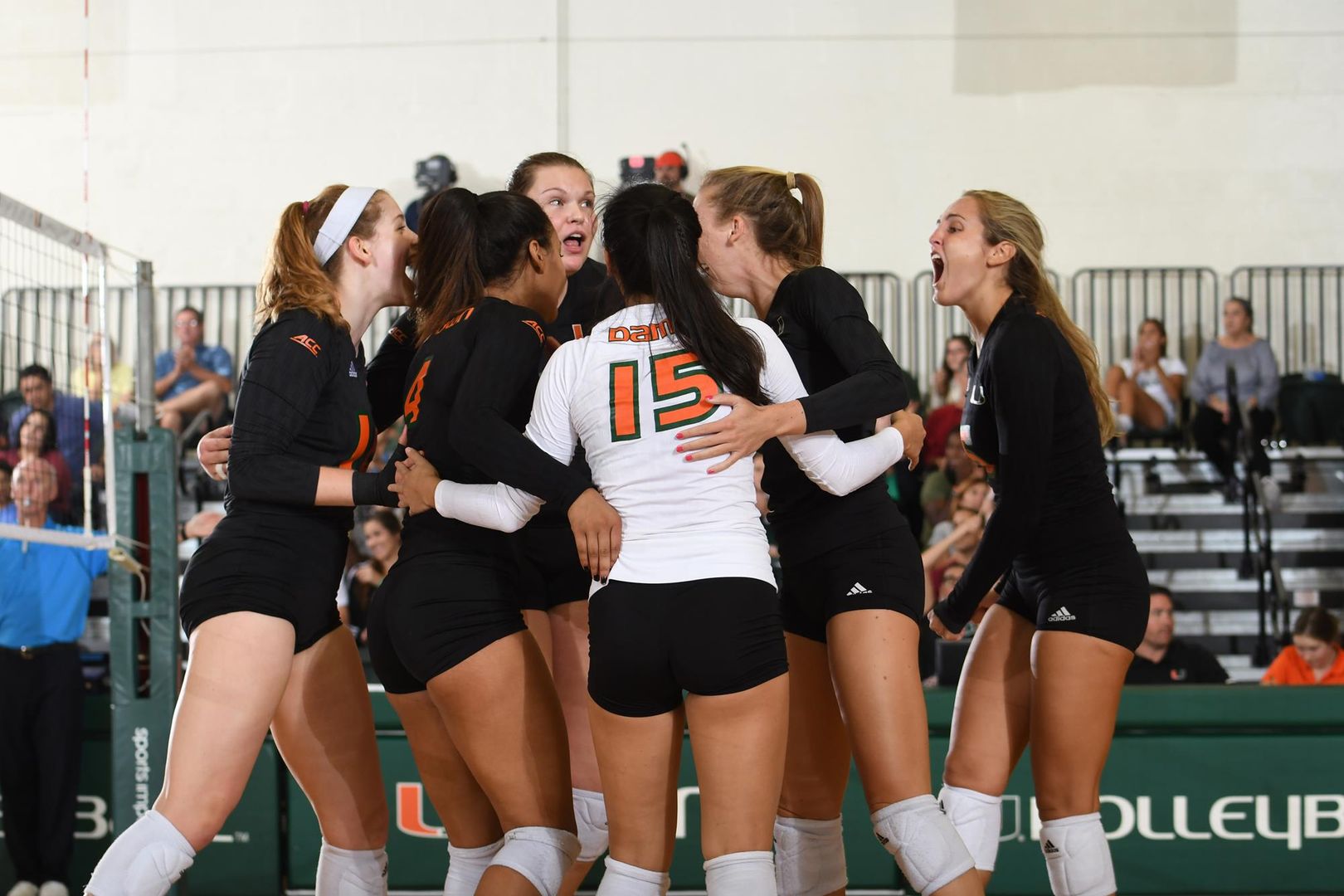 The Canes cruised in the first set, hitting .484 against the Hokies. Cameron Dobbs went two-for-two on kills while Elizaveta Lukianova and Bridget Wallenberger both led the team with four kills in the first. Miami took the final four points of the set to win, 25-13.

Miami’s defense was ignited in the second set, recording eight block assists. The Hokies were met by a wall on offense after Wallenberger totaled three of her four blocks in the second. The Canes held the Hokies to a .133 attack percentage, converting just 11 kills off 30 attacks.

Redshirt senior setter Haley Templeton was perfect on offense registering three kills alongside Lukianova, who added three more in the second. Miami’s strong defense and continued success on offense, pushed Miami ahead, 2-0, after a 25-14 set win.

Miami combined for 17 kills in the final set with Templeton recording 11 assists and two aces. Freshman Chloe Brown pushed the Canes to win the match with four kills and four digs in the third, finishing one shy in each category for her fifth career double-double.

Miami earned its sixth sweep of the season, posting a season-high attack percentage, eight aces and 47 digs. The Canes finished its eight-day four match homestand on a two-match win streak.

The Canes travel to Louisville on November 2nd for a 7 p.m., match and Notre Dame on November 4th. This season, the Canes are 2-2 on the road against ACC opponents.