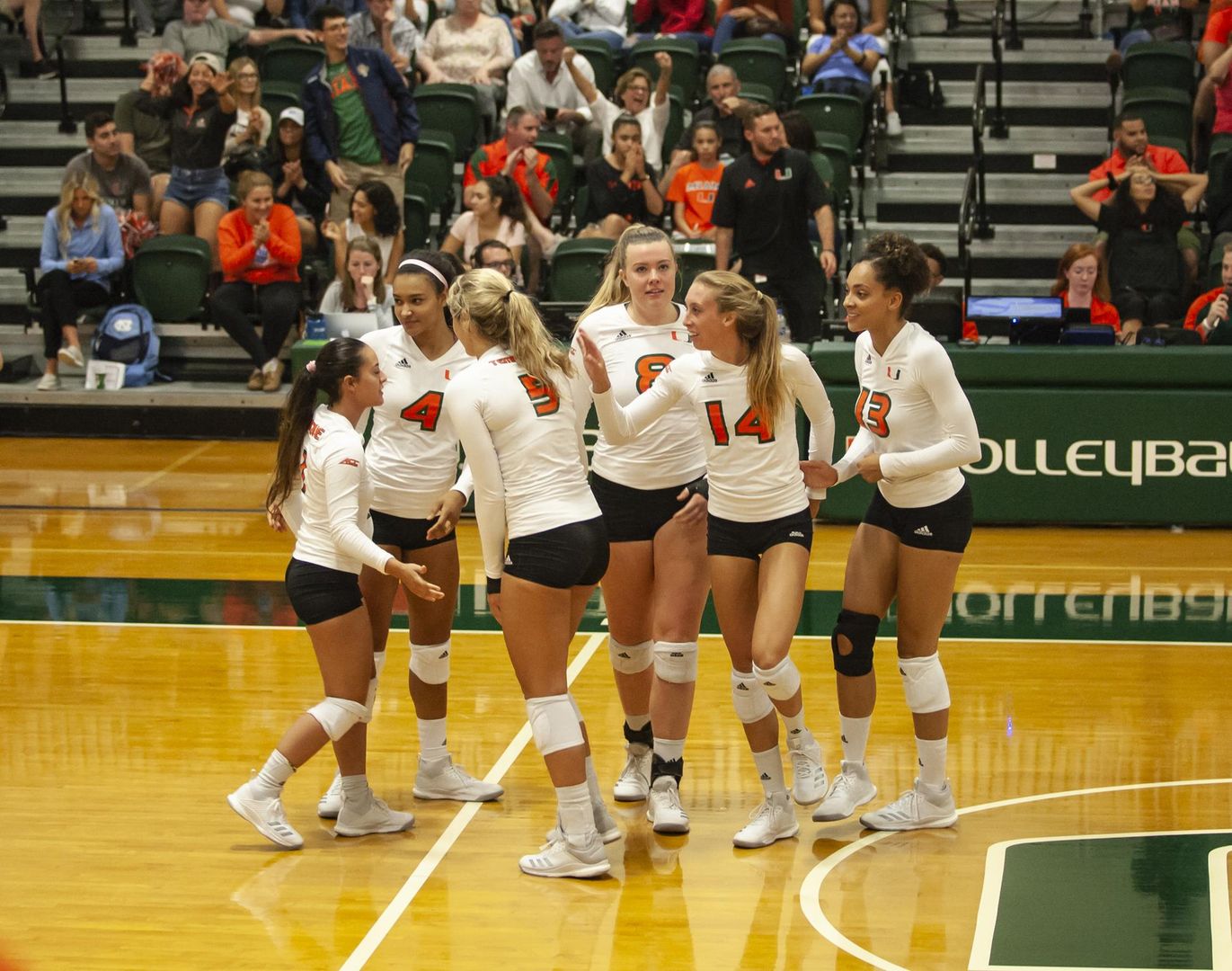 “It’s always great to win at home and defend our home court,” head coach Jose “Keno” Gandara said. “It was a big match and a home win in the ACC is always important.”

Miami took the second set, 25-22, outhitting the Tar Heels, 15-13 in kills. Senior outside hitter Kolby Bird led the Canes with 16 kills, one shy from a season high. Bird finished the match with a .343 hitting percentage, eight digs and two block assists.

The Tar Heels took the third set, 25-15, posting a .333 hitting percentage. The Canes tallied 10 kills with a late rally, but ultimately dropped the set.

Bird and Lukianova started the fourth set with double-digit kills with 11 and 10, respectively. Bird’s eight digs was a season high but the Canes were led by freshman Chloe Brown on defense with 21 digs. Brown’s digs was a team high and a season high for the outside hitter. Brown also finished with 12 kills and has totaled 126 after her first 12 collegiate matches.

Senior setter Haley Templeton joined Bird and Brown with season highs, tying her kill mark with  six kills. Templeton finished seven shy of a season high in assists with 43. Middle Blocker Bridget Wallenberger was the final Cane to finish with double digit kills with 11. Wallenberger led the Canes with four blocks and has now tallied 48 this season.

The Canes return home on Sunday to host NC State at 1 p.m. The Wolf Pack dropped its match tonight against  Florida State, 3-0. NC State travels south with a 8-7 record.

The University of Miami – Coral Gables Campus has introduced an updated parking policy for the 2018-19 school year. Enforcement is now extended to seven days a week, 8 a.m. to 11 p.m. PayByPhone and additional pay stations are available across all campus parking lots and garages to facilitate visitor parking.