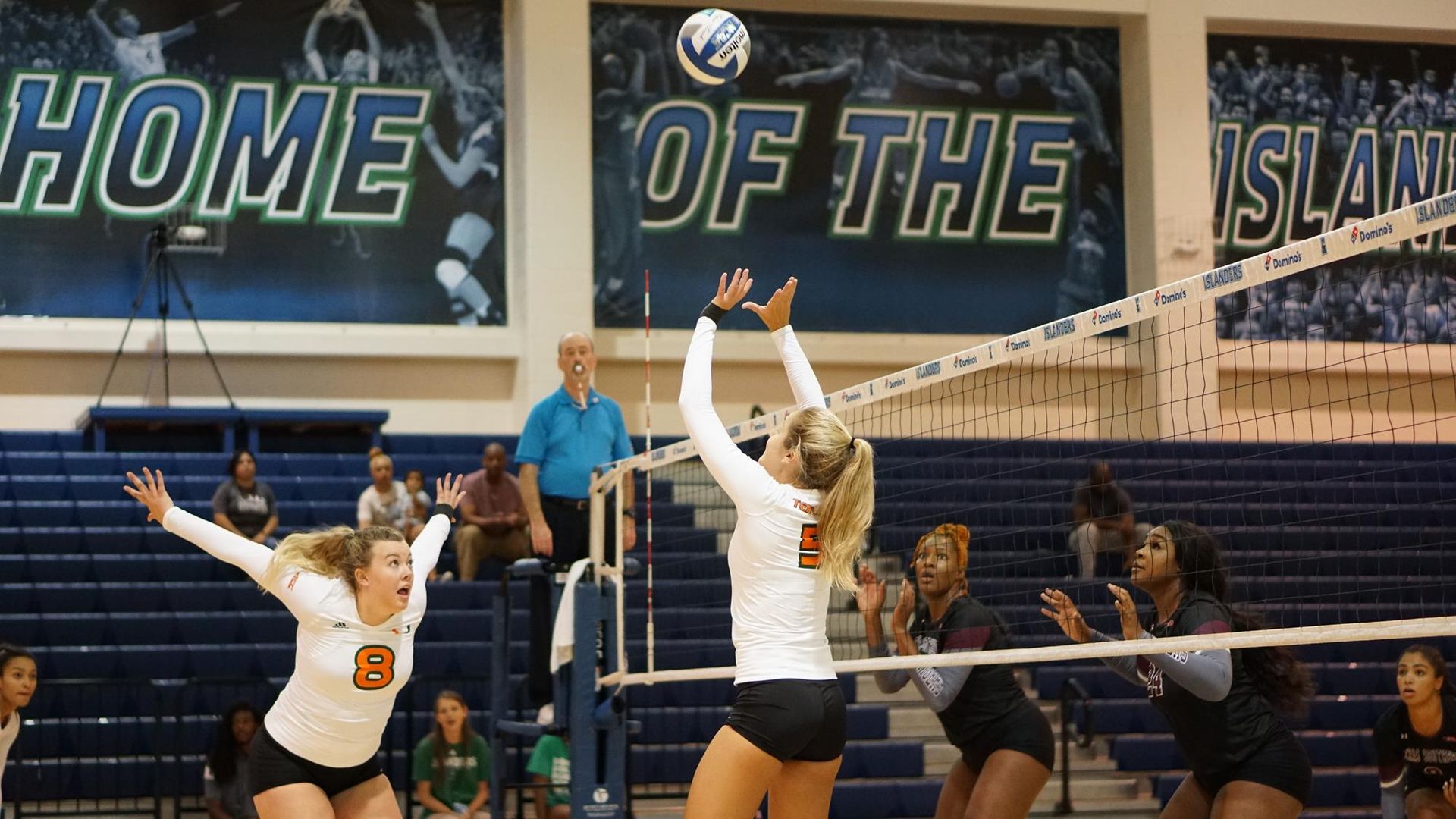 Junior transfer Bridget Wallenberger pieced together two solid performances and was named the All-Tournament MVP. Wallenberger collected a pair of blocks on Saturday, adding to her team-high 30 blocks this season.

Redshirt senior Haley Templeton and freshman Emily Damon were also named to the Islander Invitational All-Tournament team. Templeton finished the match with 31 assists, four kills, two aces and one dig. This is the second All-Tournament team recognition for Templeton this season. The 2018 preseason All-ACC honoree has now recorded 242 assists after seven matches. Damon led the team with nine digs, one ace and one assist.

Senior Kolby Bird and freshman Chloe Brown continued to have strong offensive performances in Texas as the pair led the Canes to win the first set, 25-14, with three kills each.

Miami took advantage of three kills and two Tiger errors to break away from Texas Southern early in the second. Brown’s six kills and the Canes three service aces were too much for the Tigers to come back from. Freshman Priscilla Hernandez appeared in her first match as a Hurricane and recorded a service ace on her first attempt. The Canes took the 2-0 lead after scoring nine of the last 10 points in the second to win, 25-13.

Redshirt sophomore Elizaveta Lukianova crushed the third set and finished the match with nine kills and a season-high .727 hitting percentage. The Canes took advantage of the six Tiger errors and served two aces to sweep Texas Southern and win the final set, 25-15.

The Canes return to the Knight Sports Complex on Sept. 14, to host LIU Brooklyn for a two-match series before starting conference play the following weekend. Miami hosts Wake Forest on Sept.21, at 7 p.m., and Duke on Sept. 23, at 2 p.m.