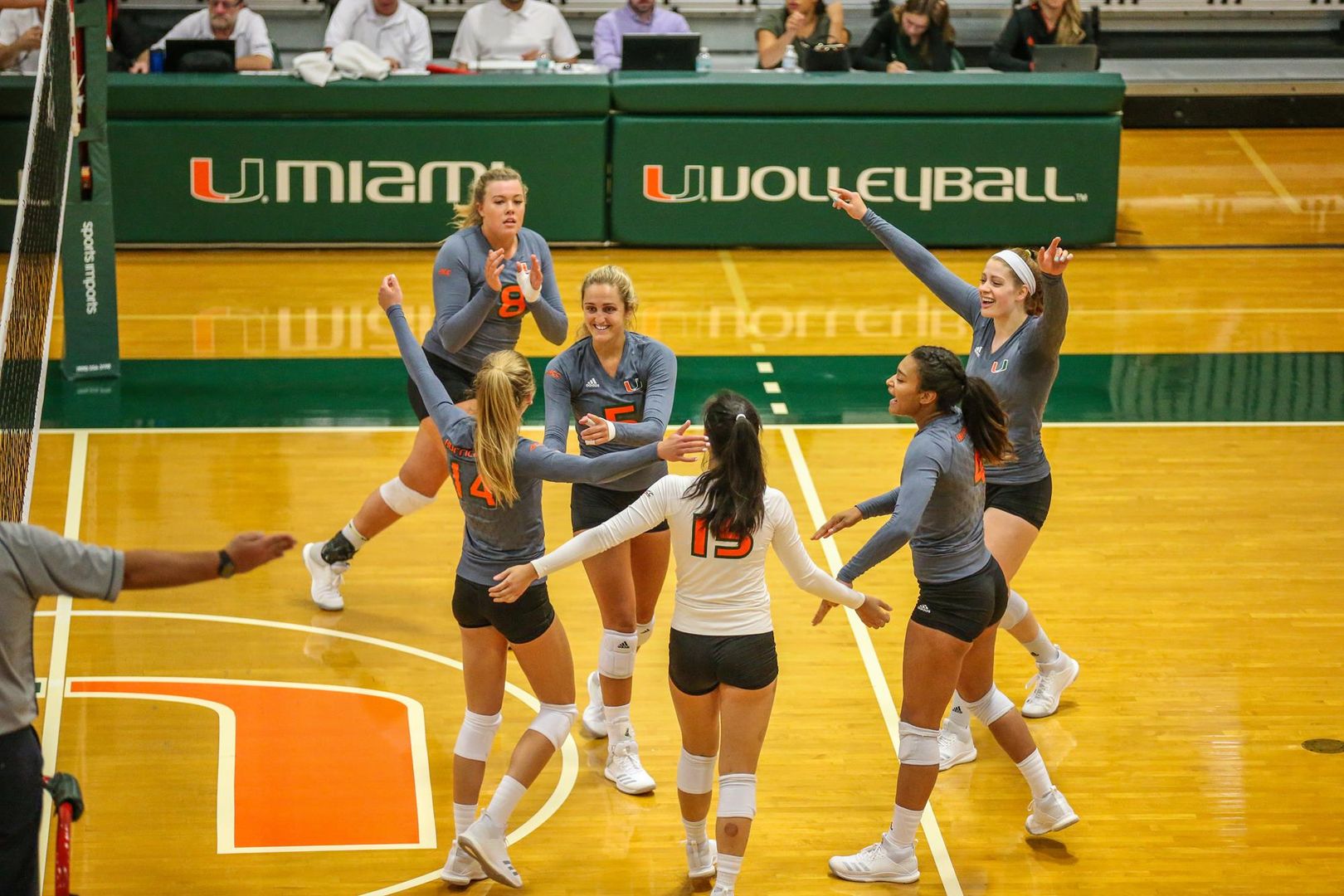 CORAL GABLES, Fla. – The University of Miami volleyball program concluded the Sunshine State Challenge with a dominant 3-0 sweep against UCF.

The Canes (2-1) finished the tournament in impressive fashion sweeping the Knights,  25-22, 25-20 and 25-20. Freshman Chloe Brown led the Canes for the second time this season in kills with 13 and finished the match with a .385 hitting percentage.

“She came out and responded well after this morning’s match,” head coach Jose “Keno” Gandara said. “She took advantage of the opportunities, passed well and performed great.”

The Canes scored six of the last nine points in the first set to pull away, 25-22. Redshirt senior Haley Templeton made her presence known early on the offensive side and recorded three kills to go along with nine assists and two service aces.

The Alpharetta, Ga., native finished the match with six kills, 33 assists and three service aces. Templeton finished the weekend with a total of 111 assists.

Redshirt sophomore Elizaveta Lukianova continued to be a dominant threat on the attack finishing the match with 12 kills. Lukianova matched a career-high in kills (17), which she also accomplished in the opening match of the season. She led the Canes in the second set with five kills and helped Miami take the controlling 2-0 lead after two sets.

“We have high expectations for her,” Gandara said. “We see it every day and see that she can be one of the most dominant hitters in the country. We’re trying to get her there and we have to pick the best situations for her to grow.”

Brown (5) and Lukianova (5) took over the offense with 10 total kills in the third and led Miami to the three-set sweep over UCF (2-1). For the second time this weekend, the pair both reached double-digit kills and helped the team finish with a .370 attack percentage.

Brown and Templeton were both named to the 2018 Sunshine State Challenge All-Tournament Team for their impressive outings this weekend. Templeton’s 111 assists paired with Brown’s 37 kills helped the Canes advance to 2-1 on the season before heading to Guaynabo, Puerto Rico next weekend for the Puerto Rico Volleyball Invitational. The Canes are set to play Towson on Aug. 31 and Missouri on Sept. 1.

“It’ll be a fun time getting on the road and seeing how we travel,” Gandara said. “I’m very excited to go home and see my friends and family, as well.”