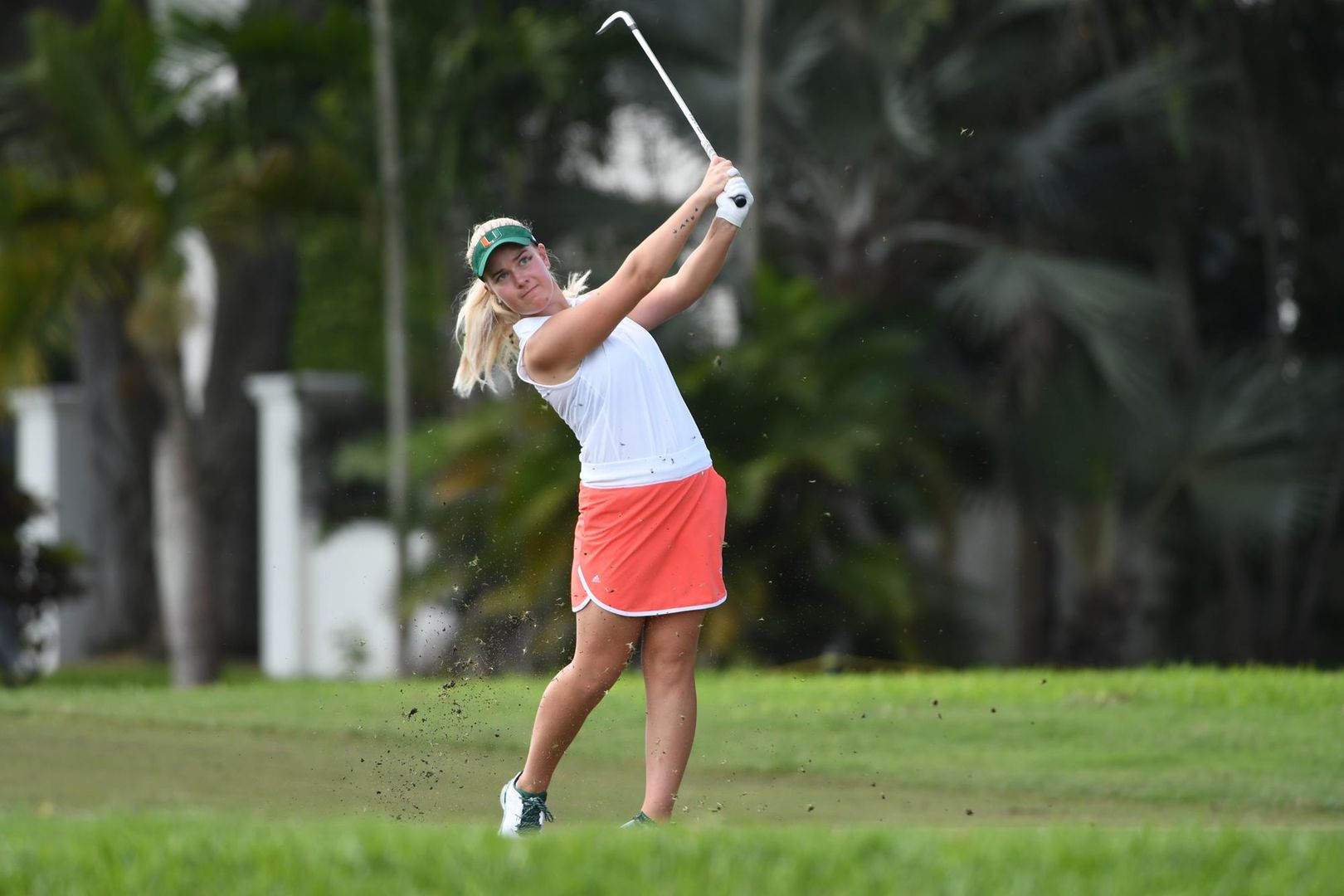 NEW ORLEANS – The No. 25-ranked University of Miami women’s golf team finished ninth at the 2018 Allstate Sugar Bowl Intercollegiate on Tuesday after it carded a final round score of 301.

The Hurricanes finished the tournament with an overall tally of 899.

“We weren’t thrilled with our round today,” head coach Patti Rizzo said. “We were hoping to move into the top five, but this was a very strong field.”

Miami fell just shy of placing in the top five for the 42nd time under Rizzo’s direction, as it finished just four strokes behind SMU, which took fifth with a tournament tally of 895. The Hurricanes’ ninth-place finish marked the first time this spring Miami had not won a tournament.

Junior Dewi Weber and sophomore Renate Grimstad both tied for 11th with a three-day total of 222.

Weber finished day three with a score of five-over-par, 77. The Netherlands native’s lone birdie of the afternoon came on hole No. 3.

Grimstad’s finished the final day with pars on 14 holes en route to a day three score of 76.

Freshman Kristyna Frydlova tied for 22nd thanks to a final round tally of even par 72. Her final round 72 was her second-lowest round of the spring and vaulted her 20 spots up the leaderboard on the final day.

Frydlova’s final round was highlighted by birdies on holes No. 2 and No. 9. She also carded pars on 14 holes and just two bogeys on the afternoon.

Sophomore Macarena Aguilera also moved up the leaderboard, jumping up six spots on the tournament’s final day thanks to a final round score of 76. She finished the event tied for 45th with a tournament total of 230.

Freshman Roos Haarman rounded out the Hurricanes’ lineup, as she finished 88th (251).

Florida’s Sierra Brookis captured the individual title, as she carded a three-round total of 209. The Gators also won the team title with a three-day total of 873.

The three-day event was held at the par 72, 6,239-yard English Turn Golf and Country Club.

The Hurricanes return to action on March 5, as they begin play in the 2018 Hurricane Invitational. The three-day event will be held at the Biltmore Golf Course located just minutes away from the University of Miami campus.

“Our team is really looking forward to our tournament coming up at our home course,” Rizzo said. “We will continue to stay positive and keep having a good spring.”