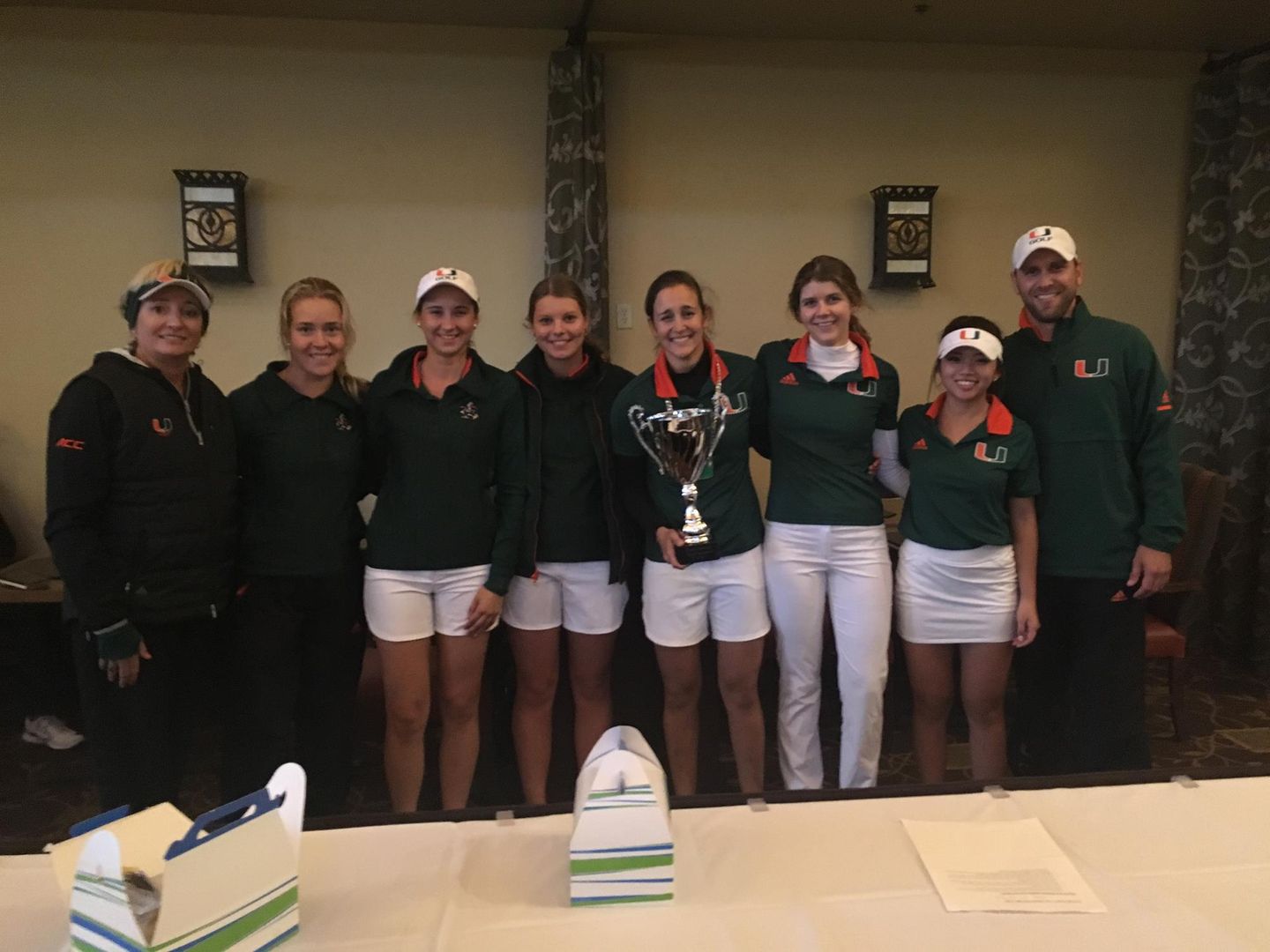 LECANTO, Fla. – The University of Miami women’s golf team opened 2018 on a high note Monday, as it captured the Florida Challenge for the second time in four years.

Miami’s first-place finish at the Florida Challenge is the first tournament victory for the Hurricanes since it won the UCF Challenge on Feb. 7, 2017. The win also serves as Miami’s seventh win and the 40th top five finish under head coach Patti Rizzo.

The Hurricanes won the team title after they posted a two-round total of 582 (288, 294). Miami’s first round score of 288 marked the fourth time this year the Hurricanes have shot under 290 as a team.

Weber led the way for Miami, finishing second with a tournament total of 139 (69-70). The Netherlands native closed the day with eight birdies and one eagle over the course of her two rounds.

Weber has now carded six of her 12 rounds this season under par. She also has shot 70-or-less in four rounds this year.

Grimstad tallied nine birdies on the day en route to posting a two-round score of 143 (72-71). The Norway native finished the tournament fourth, which marked her best finish of the 2017-18 season.

Aguilera rounded out the Hurricanes top 10 finishers, as she tied for sixth with a two-round tally of 145. The Argentina native’s finish was the best of her collegiate career.

Rounding out the Hurricanes’ top five were freshmen Kristyna Frydlova and Roos Haarman, as they placed 37th (155) and 50th (164), respectively. Fellow freshman Serena Hou also made her collegiate debut for Miami and placed 56th (176).

Florida’s Sierra Brooks captured the individual title with a two-round total of 138 to edge out Weber.

Miami returns to action on Sunday, as it heads to Orlando to take part in the 2018 UCF where it will look to defend its 2017 crown.