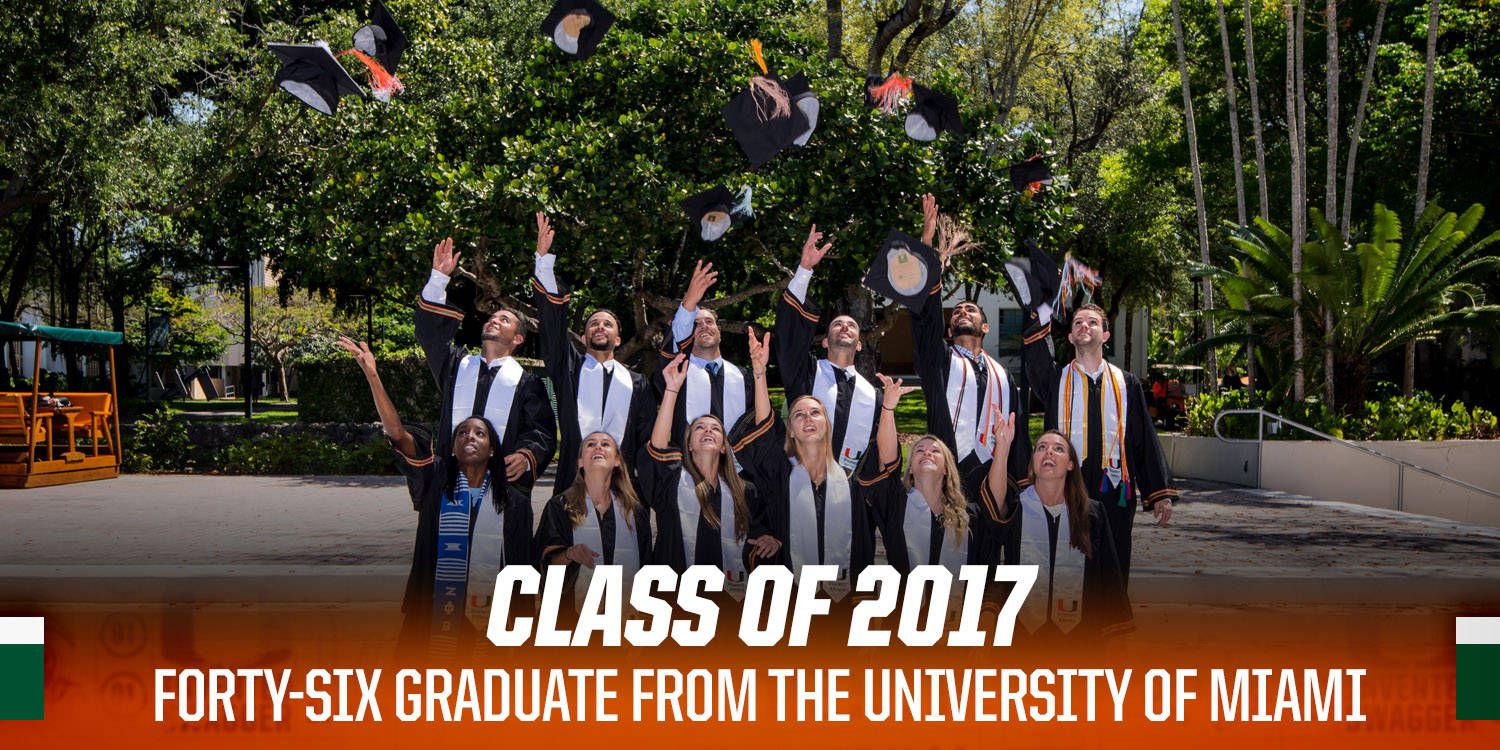 CORAL GABLES, Fla. – Forty-six Hurricane student-athletes graduated from eight schools and colleges at the University of Miami this week. Commencement exercises took place Thursday and Friday at the Watsco Center on the Coral Gables campus.

Eleven Miami athletics teams were represented with at least one spring graduate. Football led the way with 11 graduates, followed by baseball with 10 and track with nine.

This spring, greater than 3,500 University of Miami undergraduate and graduate students begin a new chapter in their lives by graduating to new careers or graduate school, among other adventures. During Commencement ceremonies, which mark the launch of a new era in the lives of students, graduates from all of UM’s schools and colleges were recognized by name and walked across the stage to be congratulated by President Julio Frenk and their academic dean. With research papers, labs and final exams completed, these students will go on to embark on new journeys.

According to a survey conducted by the UM Toppel Career Center on graduating students, 52 percent had full-time job offers within six months of graduation, with an average base annual starting salary of $51,379. Roughly 20 percent of that same graduating class enrolled in graduate school.