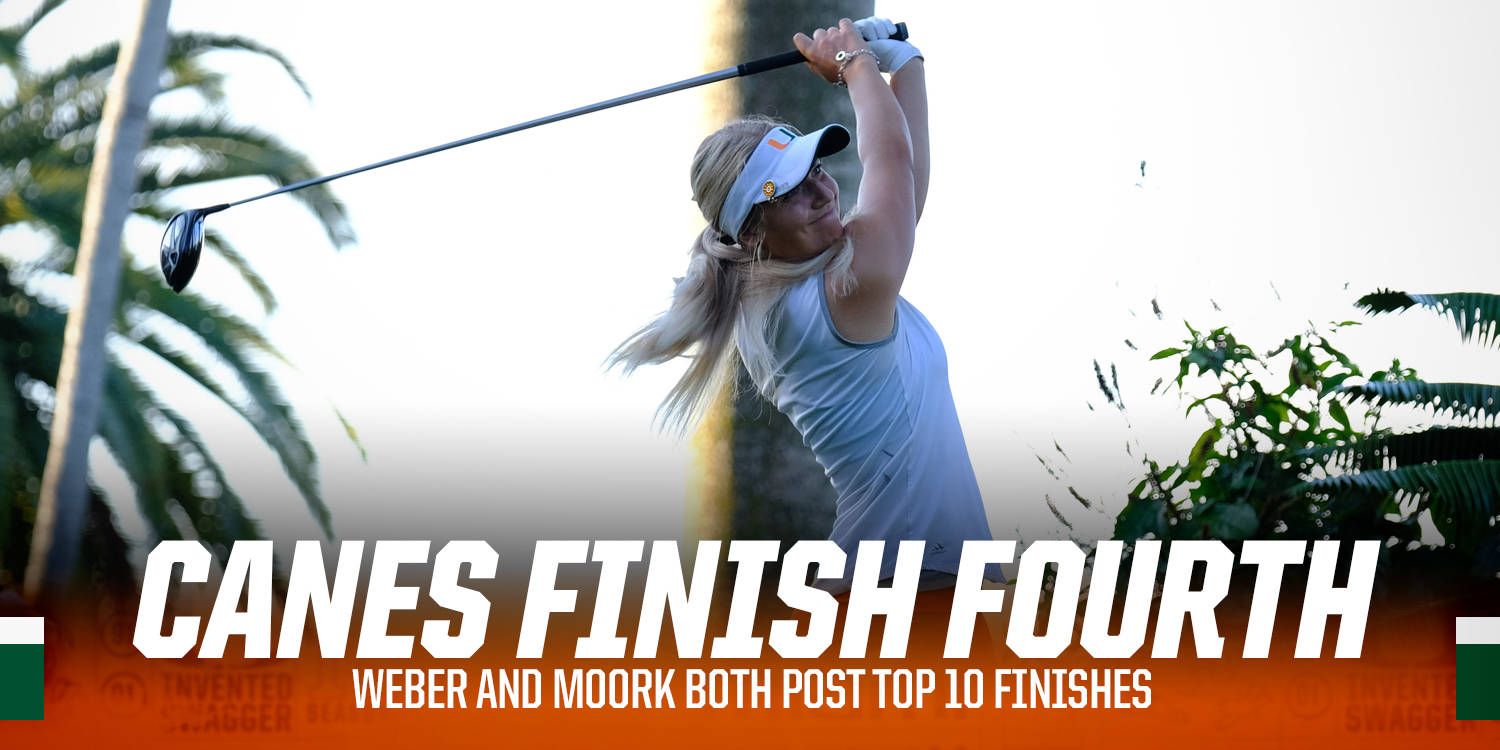 KIAWAH ISLAND, S.C. – The No. 15th–ranked University of Miami women’s golf team concluded competition at the 2017 Briar’s Creek Invitational on Tuesday and finished fourth.The two-day event was held at the par 72, 6,101-yard, Golf Club at Briar’s Creek.The Hurricanes posted a final round score of 294 and finished the tournament with a three-round total of 870.

Sophomore Dewi Weber and freshman Filippa Moork highlighted tournament competition for the Hurricanes as both finished in the top 10.

Weber posted her sixth top 10 finish this season as she tied for third with a three-round total of 213. Weber posted a final round score of even par to finish the tournament three-under-par.

Moork closed out play tied for eighth with a total score of 215, finishing the tournament one-under-par. The Sweden native has now finished in the top 10 on three separate occasions this season.

Florida captured the team crown with a three-round team score of 849. UF’s Maria Torres took home medalist honors as she posted a tournament total of 209.

The Canes return to the action March 31 – April 2 where they will compete in the 2017 Bryan National Collegiate in Greensboro, N.C.