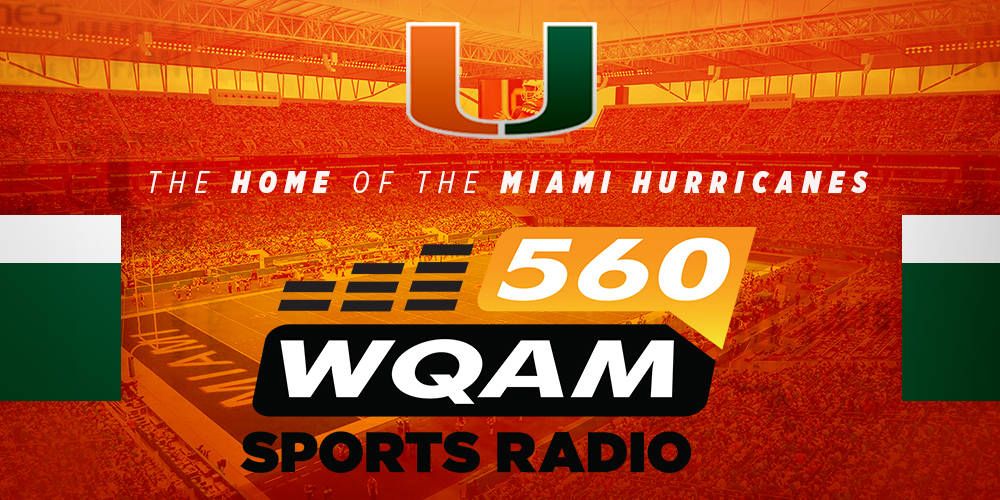 The station has been a broadcast partner since the 1999 NCAA football season.

WQAM will carry all regular season and postseason football games, all men’s basketball games and weekly coaches’ shows for the two sports during their respective seasons. The station will produce and air live all broadcasts from WQAM studios and has non-exclusive streaming rights on the station’s website.

“The Voice of the Hurricanes,” Joe Zagacki, will return for his 29th season on football and men’s basketball broadcasts.

Beginning with the 2017-18 athletic season, in the event a Miami Hurricanes’ men’s basketball game conflicts with a professional sports team game, the basketball game will air on an alternate station in the Miami market. All aspects of the renewal and relationship between WQAM and Miami Athletics is overseen by the university’s athletics multimedia rightsholder, Learfield’s Hurricane Sports Properties.

“We’ve enjoyed a great partnership with Miami Athletics and want to continue delivering excellent game broadcasts and coaches’ shows for Canes fans,” said WQAM Program Director Ryan Maguire. “We take great pride in covering the Hurricanes throughout the year and serving as the program’s flagship station. We are pleased to have renewed our partnership and have the privilege of broadcasting the games for many more years to come.”

“We’re excited to extend our long-standing partnership with WQAM and CBS Radio to continue as the Official Radio Home of the Hurricanes,” University of Miami’s Director of Athletics Blake James said. “The tremendous reach of WQAM allows us to connect with Hurricane fans all around South Florida and we look forward to our continued partnership.”

Miami’s Sports Radio 560 WQAM (WQAM-AM) is owned and operated by CBS RADIO.  The station can be heard on air, online at www.wqam.com and through the Radio.com app. The station features a live and local weekday lineup of South Florida’s most established sports personalities.  They are also the rights holder for Miami Dolphins (NFL) Football, University of Miami (NCAA) Football and Men’s Basketball and Florida Panthers (NHL) Hockey. As a part of CBS Corporation, the division owns 117 radio stations in 26 markets, as well as an extensive array of digital assets. In addition to WQAM, CBS RADIO owns Power 96 (WPOW-FM) and Kiss 99.9 (WKIS-FM) in Miami.  For more information on CBS RADIO, please visit www.cbsradio.com.

The University of Miami is one of 120 collegiate properties represented by Learfield. The company’s rich history includes over four decades of developing trusted, long-term relationships with some of the most revered institutions and associations in the world of college sports. Additionally, it titles the Learfield Directors’ Cup and offers its partners professional concessions and ticket sales; branding, licensing and trademark consulting; digital and social platform expertise; campus-wide business and sponsorship development.