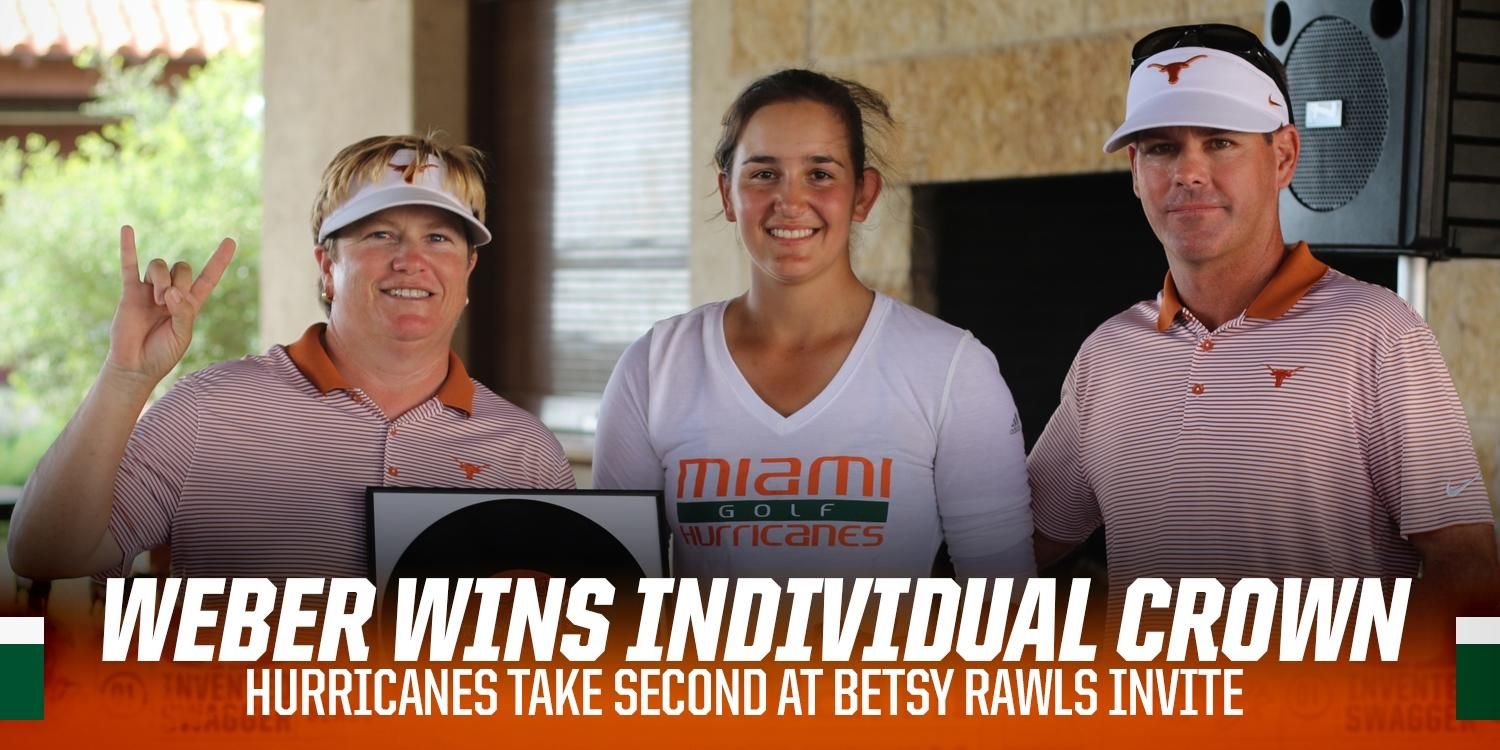 Weber’s first-place finish paced the ninth-ranked Hurricanes women’s golf team to a second-place showing with a three-round total of 863.

The Hurricanes placed in the top three in each of their three tournaments this fall.

Weber entered the final round of competition with a 10-stroke lead and cruised to the win after she shot an even par score of 72.

The Netherlands native started the day on a high note as she recorded birdies on four of the Hurricanes’ first five holes. She then went on to post bogeys on four of the next six holes. Weber posted her final birdie of the tournament on hole 16. She finished the two-day event with 21 birdies.

Freshman Filippa Moork was the next Hurricane finisher, as she tied for 11th. Moork posted a final day score of four-over-par, 76 and closed with a three-round total of 218.

Fellow freshman Renate Grimstad also finished in the top 25 as she tied for 25th, finishing with a day three total of 76. Grimstad concluded the two-day event with a score of 225.

Senior Delfina Acosta and freshman Macarena Aguilara both tied for 34th (226) to round out the Hurricanes’ top five.

The two-day event was played at the par 72, 6,278-yard University of Texas Golf Club.

Miami returns to action on Jan. 30 with the start of its spring schedule as it takes part in the 2017 Florida Challenge in Lecanto, Fla.