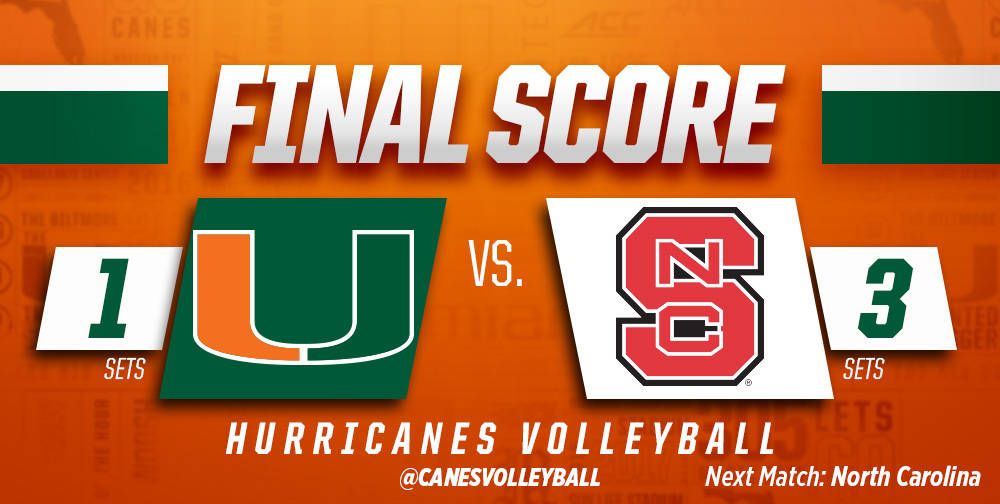 Olga Strantzali was a force for the Hurricanes’ attack, leading the team with 22 kills and adding 10 digs to record her sixth double-double of the season. The junior also had a team-high three service aces and two blocks.

Anna Haak had nine kills for Miami to go with 14 digs and a block, while Kolby Bird had four kills and two blocks.

Hannah Sorensen distributed 36 assists, adding eight digs and a block, while libero Sylvia Hernandez led the Canes with 19 digs and had two assists. Sara Duque had a service ace and three digs in reserve.

Miami will face No. 9 North Carolina at 1 p.m., on Sunday at Carmichael Coliseum in a match that will be broadcast on RSN and ACC Network Extra.