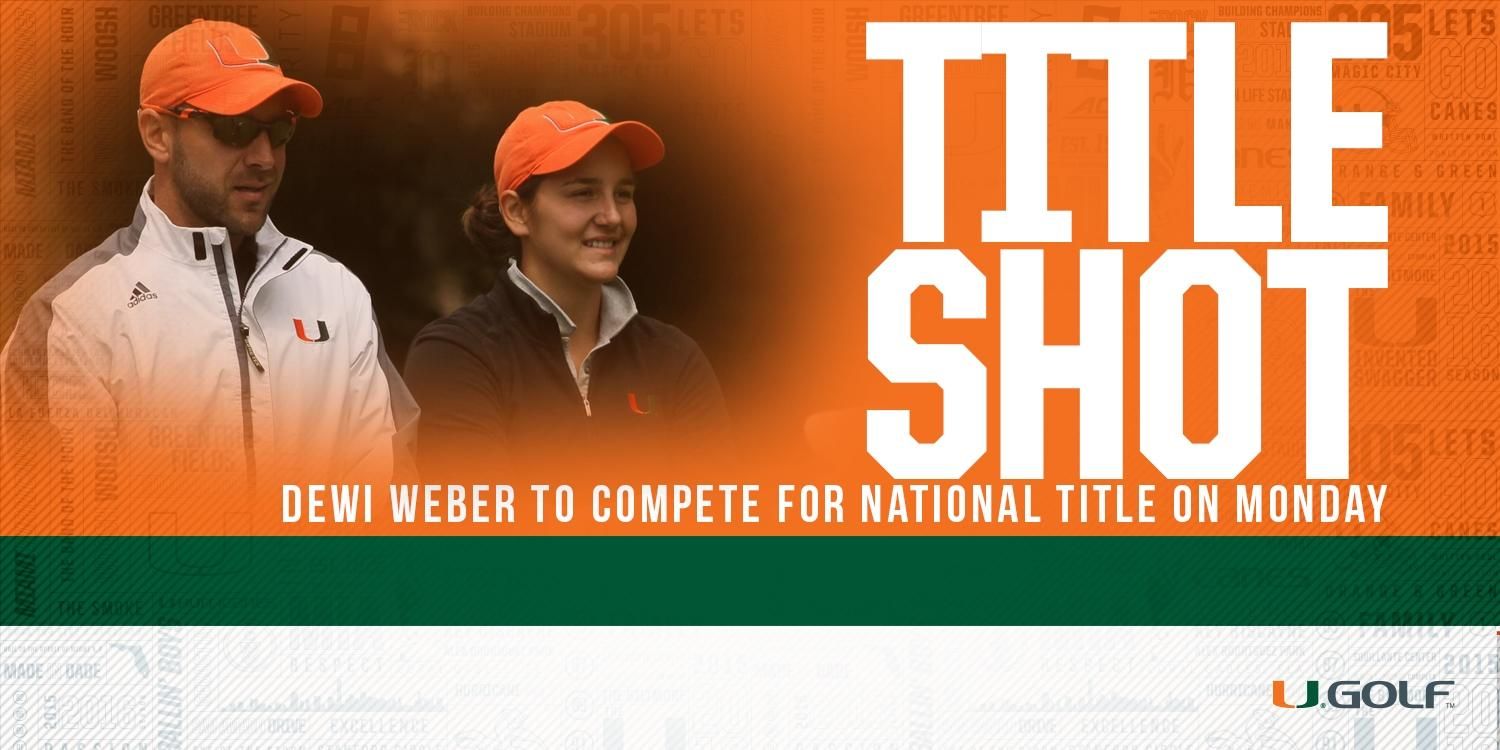 Weber Remains in Contention at the #NCAAGolf Championship

EUGENE, Ore. – Freshman Dewi Weber earned a spot in the fourth round of the 2016 NCAA Championship and will compete for an individual national championship crown Monday afternoon.

The Netherlands native posted a final round 74 and is tied for second place with Alabama’s Cheyenne Knight. She is one of nine individuals outside of the 15 qualifying teams to earn a spot in the final round of stroke play.

Weber owns a seven-under-par score of 209 through three rounds of play. She stands six strokes back of Duke’s Virigina Elna Carta, who posted a third round score of 66.

Weber opened the round by posting bogeys on holes one, three and five en route to finishing the front nine three over. She then rallied on the back nine with birdies on holes 10, 11 and 17.

Through three rounds of play, Weber has tallied an eye-popping 14 birdies and one eagle at the par 72, 6,331 yard, Eugene Country Club.

Weber will look to earn the Hurricanes’ first NCAA individual national crown since Penny Hammel won the title in 1983. Weber returns to the course tomorrow afternoon at 5 p.m. EST. Live fourth round coverage on Golf Channel begins at 1:30 p.m. EST and continues at 6:30 p.m. EST.

Miami finished the day 11-over-par and was eliminated from team competition after it finished 21st. The Hurricanes posted a three-day total of 890.

The Hurricanes low round of the day came from senior Kailey Walsh as she tied a season-best by carding a one-under-par, 71. The Florida native logged six birdies on the day, including four on the back nine.