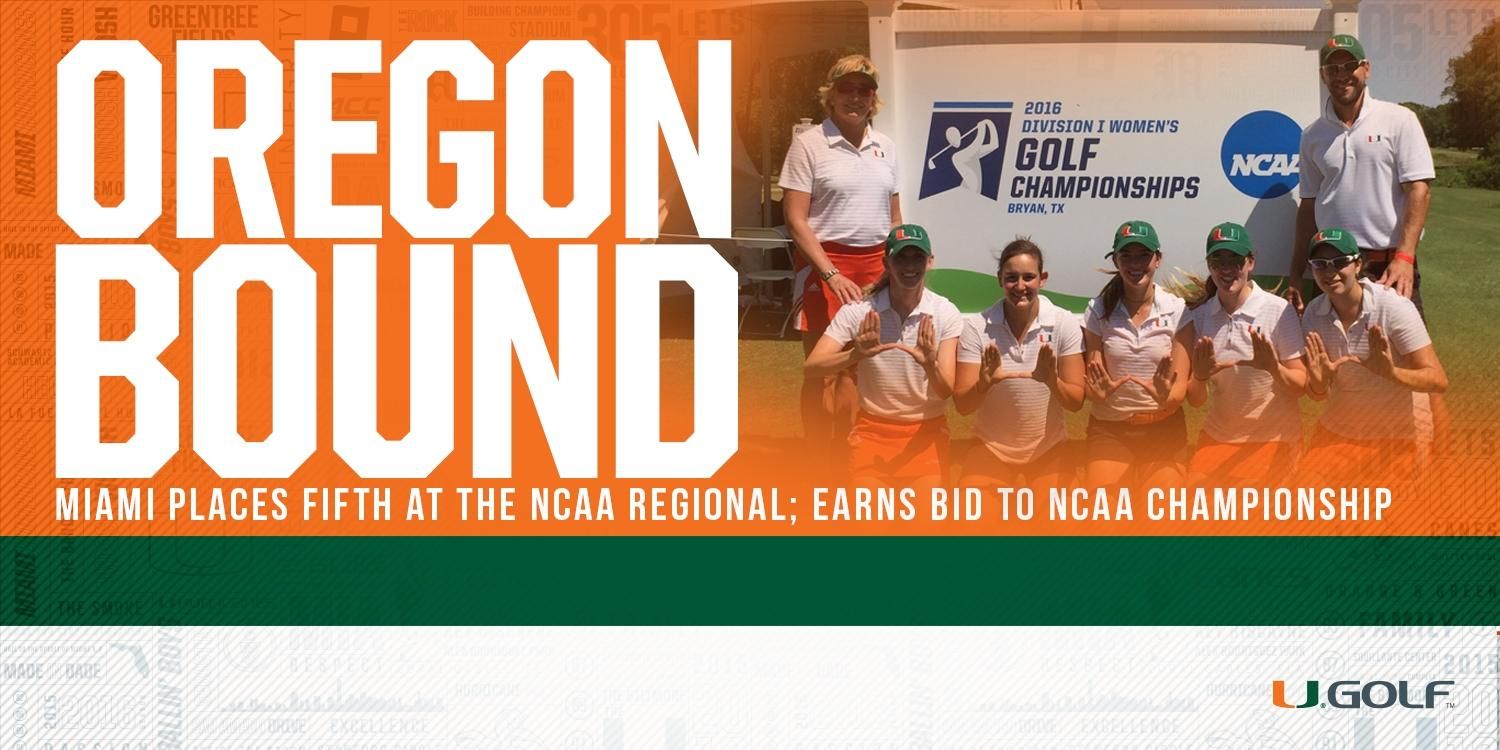 BRYAN, Texas – The University of Miami women’s golf team made history Saturday afternoon, as it punched its ticket to the 2016 NCAA Championship.

The Hurricanes’ NCAA Championship bid is their first since 1992.

“I knew this team could do it,” said head coach Patti Rizzo. “We’re all really excited and we just couldn’t be happier. They really hung in there today and I’m just so proud of them.”

The Hurricanes earned the championship bid after they placed fifth with a three-round total of 877.

Miami clinched its 24th national appearance following a final round 299. The Hurricanes will travel to Eugene, Ore. on May 20-25 to take aim at a sixth national title.

The Hurricanes opened the day in sixth place and were able to hold off strong final rounds from Kent State and Tulane to seal their berth in the NCAA Championship.

Freshman Dewi Weber continued her strong tournament play as she posted a final round 71 to close the event with a three-round total of 210 and finish third. Weber’s third-place finish was her lowest finish of the year and her fourth top-10 finish.

Weber was one-over-par on the front nine, but then closed out the round strong, as she tallied a pair of birdies on the back nine.

Junior Daniela Darquea also posted a strong tournament, as she tied for eighth with a three-round total of 215. Darquea has now finished in the top 10 in seven of the nine events she has competed in this year.

Fellow junior Delfina Acosta tied for 35th. Acosta finished the event with a three-round total of 223.

Senior Kailey Walsh and freshman Luiza Altmann rounded out the Hurricanes’ top five as they placed 75th and tied for 81st, respectively.