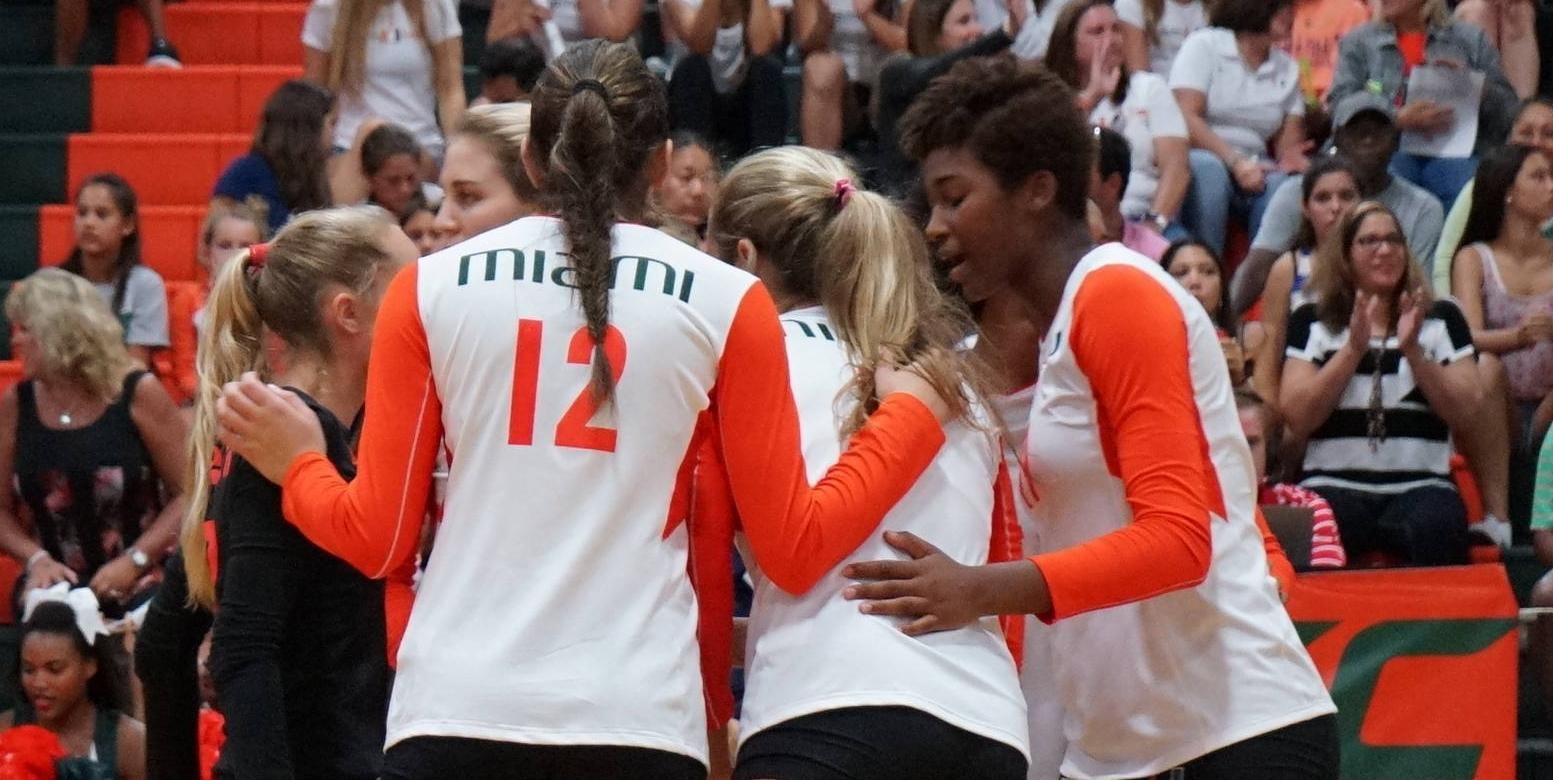 @CanesVB Falls to Marquette in Five

The Canes (3-2) prevailed in the opening set, winning 25-23 to take an early lead in the match, but Marquette evened the match at one set apiece with their 25-23 win in the second set.

The Golden Eagles took the lead coming out of the intermission, winning the third set 25-20. Miami stepped up in the fourth set, winning 25-18 to force a decisive fifth set, but fell short to Marquette as the Golden Eagles closed out the match with a 15-11 fifth set win.

Kelsie Groot was the other Cane to notch double-digit kills, tallying 12 against the Golden Eagles while adding six total blocks. Middle blockers Alexis Mourning and Lucia Pampana chipped in on both offense and defense with Mourning recording seven kills and three blocks and Pampana picking up a team-high eight blocks in her first career start.

Sophomore Haley Templeton dished out 50 assists and had 14 digs to record a double-double, while Kalysta White led the Canes with 20 digs and added an ace.

The Canes returned to action on Saturday, playing Oral Roberts at 6:30 p.m. ET in their final match at the Dr. Mary Jo Wynn Invitational.