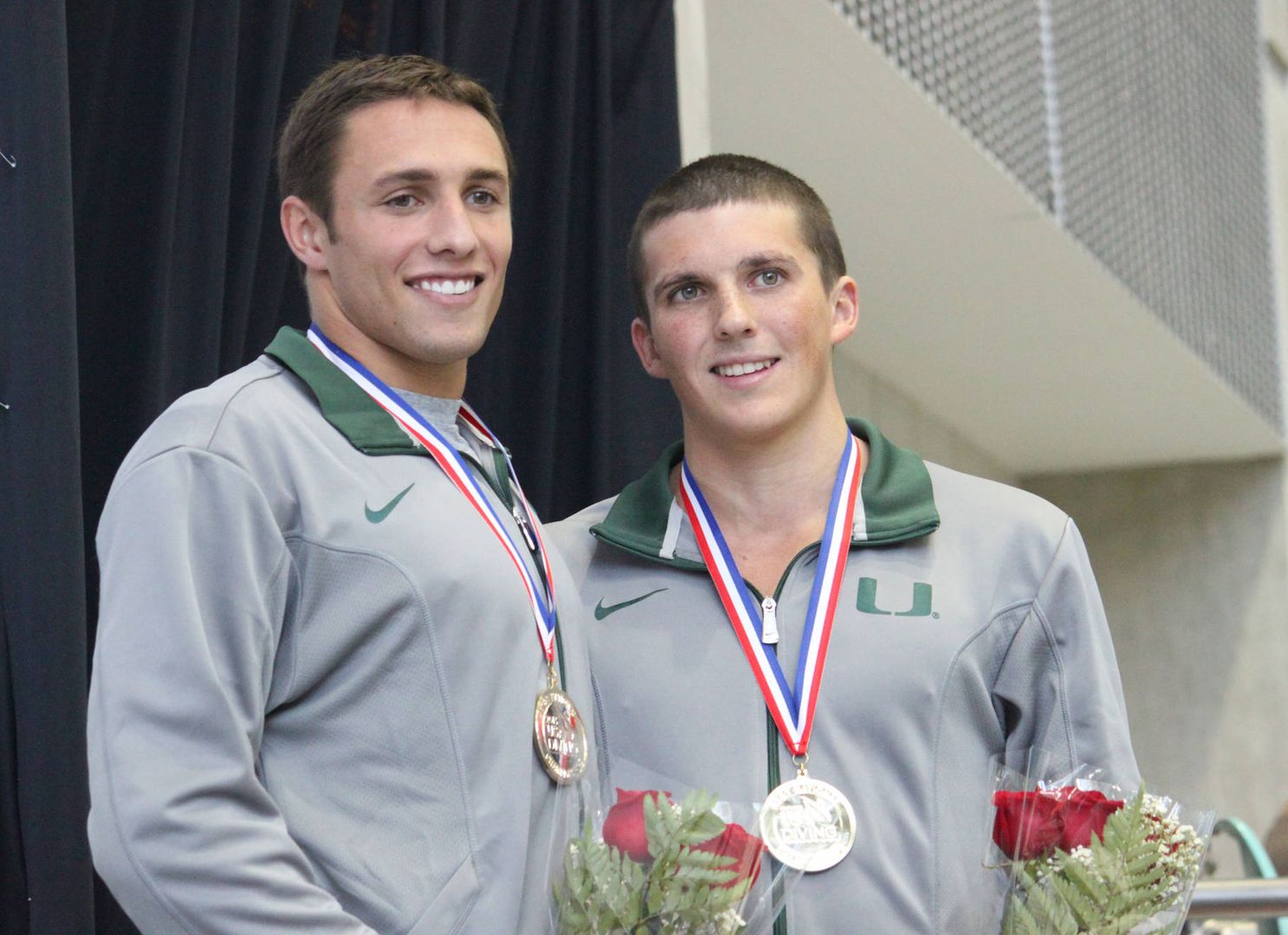 TALLAHASSEE, Fla. — University of Miami divers Cheyenne Cousineau, Sam Dorman and Zac Nees will take part in the 2014 World Cup Synchro Trials this weekend at the Morcom Aquatic Center on the campus of Florida State University.

The 2014 FINA Diving World Cup will take place in Shanghai, China, and all three Hurricanes will be battling to represent Team USA.

Dorman and Nees will be competing for spots on the 3-meter synchro team, while Cousineau will fight for a chance to represent Team USA on the 10-meter synchro event.

Dorman and Nees combined to capture first place in the 3-meter synchro at the AT&T National Diving Championships in Iowa this past December, and will look to continue momentum from a strong showing at the 2014 NCAA Men’s Swimming & Diving Championships where each was named an All-American.

Cousineau, USA Diving’s choice for the 2013 Wendy Wyland Award, is a decorated platform diver and former Big 10 champion. Cousineau will represent Team USA during the upcoming FINA Diving World Series in the 10-meter synchro, and will look to lock down her place on Team USA’s 2014 roster in Tallahassee.