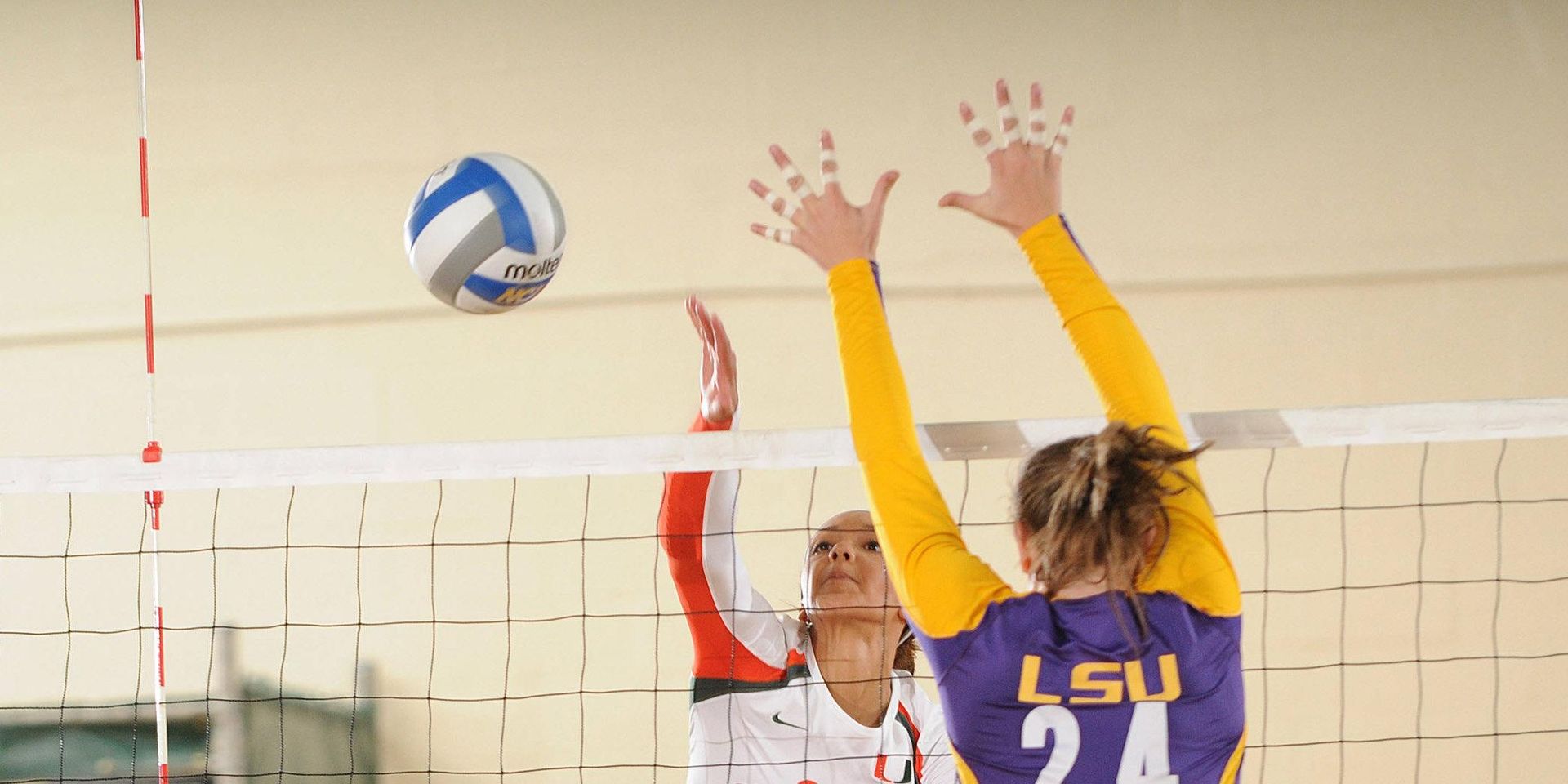 CORAL GABLES. Fla. – The University of Miami volleyball team was resilient in its five-set victory over LSU Saturday.

Miami (5-2) took the first 25-18 thanks to a potent attack led by juniors Savanah Leaf, Alexis Mourning and Emani Sims. The trio combined for 11 kills in Miami’s opening set victory.

Leaf, Mourning and Sims continued to pace the Hurricane attack in the second set, combining for nine kills. Senior Alex Johnson chipped in with three kills to give Miami a 2-0 advantage heading into the intermission.

LSU rallied to take the third set thanks to a big performance from middles Khourtni Fears and Briana Holman. The pair combined for eight kills in the set to help kept the Tigers alive.

But Miami overcame the LSU rally to take the fifth and final set by four points. Mourning and Leaf combined for five kills and several key blocks to help get the Canes their first home win of the season.

Leaf led the Canes with 22 kills, while Johnson added 15 and Mourning chipped in with 11. Leaf and Johnson registered double-doubles, collecting 10 and 15 digs, respectively.

Senior Ryan Shaffer, who played in her 100th career match Saturday, played a key role for Miami defensively, tallying 36 digs to go with a pair of kills and two assists.

The Canes return to the court on Sept. 20 in the NIKE Invitational on the University of Oklahoma campus. Miami will play three matches over two days in Norman, Okla., opening Friday at 1 p.m. against Nebraska-Omaha. The Hurricanes face the host Sooners at 8 p.m. Friday and take on Tulsa at 11 a.m. Saturday.

The Hurricanes will open ACC play on Sept. 28 at Boston College. Their next home match is scheduled for Oct. 11 against Pitt. Miami will host the Panthers at 7 p.m. at the Knight Complex.