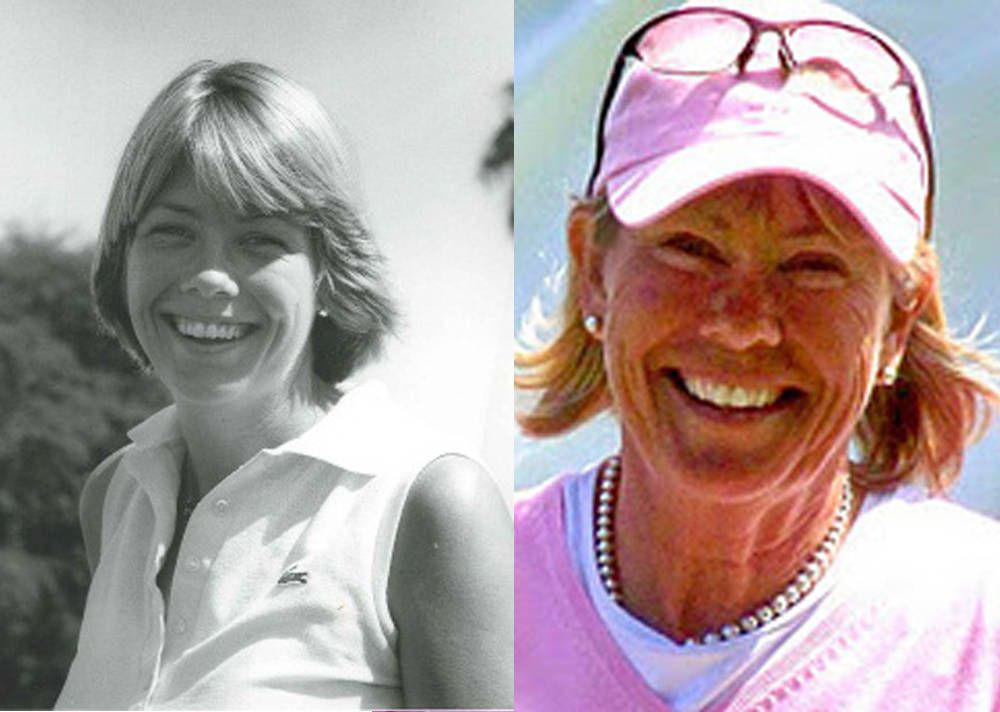 Where Are They Now - Cindy (Kessler) Miller

CORAL GABLES, Fla. – Welcome to the first installment of the ‘Where Are They Now’ women’s golf series. We are tracking down former Hurricane golfers and chronicling their lives since leaving Coral Gables. Our first volunteer is UM great Cindy Miller (formerly Cindy Kessler), who graciously answered a few questions.

1. Where do you live now and what are you up to these days?
I live in my hometown of Silver Creek, NY. Currently I am an LPGA Class A Teaching Professional and the President of Cindy Miller Golf. There we teach individuals, groups, associations, collegiate teams, or corporations to own their game; in golf, in business and in life. In 2010, I was awarded the LPGA National Teacher of the Year.

I’m also working on writing an autobiography. The working title is: “Mulligan” In golf, a do over. In life, a second chance.

2. Soon after your career at UM, where did life take you?
Soon after I graduated from the University of Miami, I won the New York State Women’s Amateur Championship, and turned professional. I qualified to play on the LPGA Tour in July of 1979 and competed for three seasons. In the fall of 1981 I married PGA Tour Player Allen Miller and went from LPGA Tour player to PGA Tour wife.

3. Do you still play golf competitively or just for fun?
I currently compete on the official Legends Tour of the LPGA and have placed in the top ten five times.

I had written letters to Isabelle Hutchinson (UM Director of Women’s Athletics at the time) and asked if there was a golf team. She told me there indeed was, but the girls on the team all had handicaps of five or less. I wrote to (head coach) Norm Parsons and asked him if I could try out for the team. He told me I could practice with the team and gave me a chance. If Norm had not kept his word, my whole life would have been different.

A letter from former head coach Norm Parsons about Cindy Miller:
The University of Miami women’s athletic program started within the department of campus sports and recreation of which I was the director. The University offered the first woman’s athletic scholarship in the country, to a local golfer, in the fall 1973. I `appointed’ myself golf coach and a wonderful five years followed.

Even though the team had scholarships and the team’s top players were set (I thought) part of my philosophy was to allow any University student to try out for the team – perhaps that ability would aid in the recruiting for the university in general, perhaps that special person-golfer would emerge.

Little did I know that a hardnosed, determined, northerner with a great smile and tenacity would show up on my door step. Cindy Kessler was, and I think still is, the epitome of hard work and a never say die attitude. Cindy tried out for the team and ended up making the cut for our first tournament shooting a 77 in qualifying, the first time in her life she broke 80. She worked so hard showing the determination of a warrior. Her goal was simple; maximize her potential on the golf course.

Her efforts paid off as she received a golf scholarship in her sophomore year. She developed a mentor relationship with Bob Toski, who at the time taught at a nice par 3 course located near the campus. Cindy watched Bob teach and absorbed everything she could – and during that time she became an excellent range ball “picker upper” to repay Bob for the experience. Cindy proved the importance of understanding the golf swing and hard work.

Cindy’s dedication proved invaluable as she qualified for the team’s trip to Hawaii in June 1977 for the AIAW national championship tournament. Her elation over qualifying was short lived as her father passed away prior to the team’s scheduled departure for Hawaii. Cindy wanted to make the trip and ended up helped the team win the championship over a favored Tulsa team.

Cindy’s contributions to the team were much more than just on the scoreboard. She proved to be a mentor, motivator and team leader. Cindy led by example. Her smile was infectious and personality warm and genuine.

We are faced with opportunities each day. What we do with those opportunities is the key to one’s success (or failure) in life. Cindy went one step further; she had a goal (being a professional golfer) and created her opportunity by being a wonderfully persistent college student who would not accept failure as an option. She didn’t have the most talent or hit the ball as far or well as the other players. She did have the heart, desire, tenacity and will power to maximize her abilities. Cindy is like the little train who kept repeating “I think I can I think I can” until it became “I CAN”.

I am so thankful Cindy knocked on my door and was so wonderfully persistent – I know you will enjoy knowing Cindy for the `can do’ person she is!!

6. Do you have any children and if so, how old and what do they do?
I have three children;
Kelly (29) is a producer for the Golf Channel/Golf Central.
Jamie (27) played college golf at Ohio State University and graduated with a degree in finance from Augusta State. He won a collegiate tournament (Hootie at Bulls Bay) when he made a twenty foot birdie putt on the final hole to beat Webb Simpson. He is now a Financial Advisor.
Matt (25) just received his Masters in Sport Administration and is currently an Assistant Manager at The World Gym.

8. What advice would you give the girls on the team today?
I would tell the girls to cherish the experience, embrace the challenge of practice, preparation, and the privilege of the pressure of competing.

Former UM golfers may participate in our series by contacting Rickey Vela by e-mail at rickey.vela@hotmail.com with the subject line “Where are they now” or by twitter at @RickeyVela using the hashtag #WhereAreTheyNow.