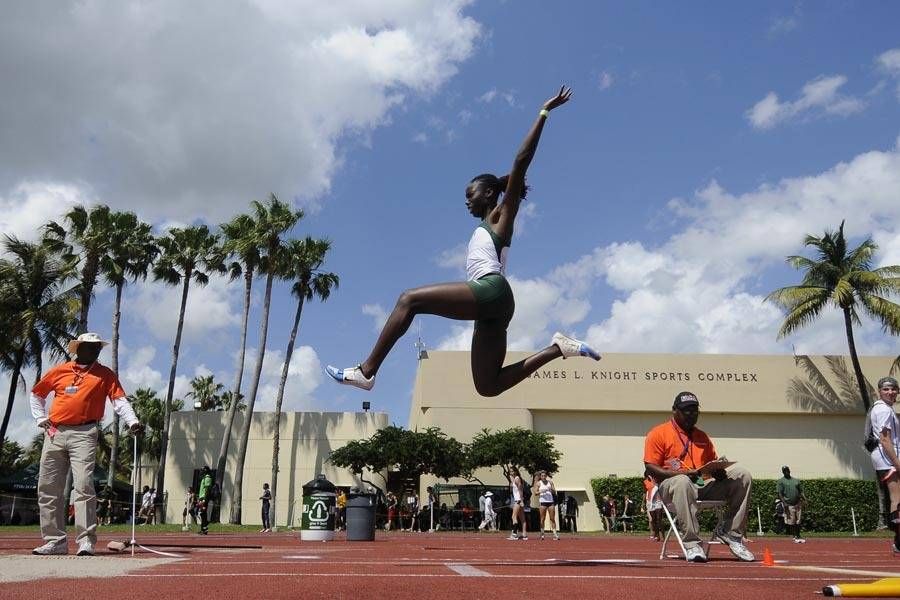 KINGSTON, Jamaica – Rising senior Samantha Williams finished seventh in the triple jump with a mark of 12.54m at the Jamaica Athletics Administrative Association/Supreme Ventures National Senior Championships in Kingston, Jamaica on Sunday. The meet served as the nation’s qualifier to the Olympic Games in London.

Williams, who is a native of Kingston, had hoped to make the Olympics for the first time.

A transfer from the University of Mary (N.D.), Williams had an impressive first season with the Canes in 2012 that was capped by an All-American performance at the NCAA Championships in the triple jump. She had qualified for the national meet after posting the third-best triple jump performance (13.43m) in school history at the NCAA East Region Preliminaries on May 26 and registered a mark of 13.34m at the Championships. In addition, the junior won first place at the prestigious Penn Relays in April with a jump of 12.85m.