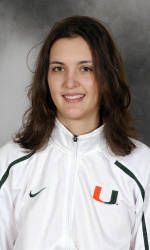 Coral Gables, Fla. – The University of Miami rowing team will travel to Lake Melton over the weekend beginning Sat., May 15, taking part in the annual South/Central Regional Championships in Oak Ridge, Tennessee. Saturday’s event will feature preliminary heats and continues through Sunday’s finals.

For the third consecutive year, the University of Tennessee will serve as host of the annual event. The event is a two-day championship, running through Sun., May 16.

First-year UM head coach Andrew Carter and his staff is looking forward to the opportunity to race against some of the best in the south and central regions this weekend, with hopes the young `Canes will see just where the UM program is headed in the near future.

Miami has had two weeks off to prepare and train for the regional championships, last hitting the water on May 1, in a dual race against Alabama and UCF in Orlando. In that race, Miami was victorious in the Varsity Four, crossing the finish line in 8:24.4.

Overall, the `Canes finished the weekend with 64 total points to finish seventh in the South Region.

This weekend’s event will feature Open 4+, Novice 8+, Varsity 4+, Second Varsity 8+ and Varsity 8+ races. Of the 22 teams competing in the V8+, seven are ranked in the latest Collegiate Rowing Coaches Association/US Rowing Top 20 poll.

The 14th Annual South/Central Region Championship field will be one of the best and strongest in recent years, while last season’s championships included seven Varsity Eight shells ranked in the top 20.

When the NCAA decided to add rowing to its docket of sponsored collegiate sports and institute a national championship event, the governing body also divided up the schools that fielded rowing teams into five different regions: New England, Mid-Atlantic, Central, South and West.

With the establishment of the groupings, regional championships were also developed. In the Central Region, Oak Ridge’s Melton Hill Lake was chosen as the site of the inaugural competition in 1997 and has hosted ever since. It was selected by the coaches because of its geographically-centralized location and its recognition as one of the nation’s best courses.