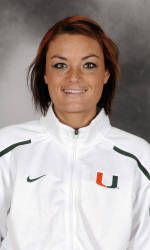 Coral Gables, Fla. – After competing in the ACC Championships a week ago, the University of Miami rowing team travels to Orlando on Sat., May 1, facing Alabama and UCF at Lake Pickett beginning at 9 a.m. Admission to the event is free.

Miami head coach Andrew Carter and his staff is getting the `Canes prepared for the final event of the year on May 15-16 in Oak Ridge, Tenn. Saturday’s race against the Crimson Tide and Knights will serve as a true test for the `Canes facing their first team out of the Southeastern Conference (SEC) this year in the Crimson Tide of Alabama.

The `Canes also took to the water against the Knights in the Aramark Central/South Sprints during the 2007-08 season, with UM coming in ahead of the Knights’ Varsity Eight boat with a winning time of 6:51.20.

This weekend, Miami will field three boats on the water, taking part in a Varsity Eight, a Varsity Four and a JV Four. Lineups have yet to be determined for the event.

Miami does have ties with UCF, as `Canes first-year assistant coach Marc DeRose arrived to UM after spending the 2008-09 season with UCF serving in the same capacity.

Their last time out on the water, the Hurricanes took sixth place in the Atlantic Coast Conference Championships in Clemson, S.C. Miami fielded just two boats in the championships, taking part in the Varsity Eight and Varsity Four events.

Saturday is the final race of the regular for all three participating squads. The South/Central Regional Sprints are Sat., May 15, with the finals concluding Sun., May 16, in Oak Ridge, Tenn. The NCAA Championships are May 28-30 on Lake Natoma in Gold River, Calif.