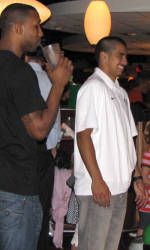 Hurricanes supporters joined the team and coaching staff for bowling, food and auctions. A gameday experience for the home game versus Duke, as well as a team road trip to Clemson were auctioned off to loyal fans.