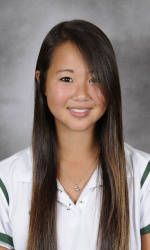 MACON, Ga. – Sophomore Jennifer Hirano shot two-over par 74 and is tied for 12th to lead the University of Miami women’s golf team Sunday on day one of the Eat-A-Peach Collegiate hosted by Mercer Univetsity at the Idle Hour Country Club.

Florida State (288) leads the field after shooting even-par as a team. Coastal Carolina (297), Georgia (298), Furman (300) and James Madison (305) round out the top five. The Hurricanes are just four strokes out of the top five after shooting 309 as a team. The tournament includes two top 10 teams in Florida State and Georgia and seven other teams ranked in the top 100.

Jennifer Hirano continued a strong fall season shooting two-over par on the first day of the tournament. Hirano shot a pair of 37s on the front and back nine. She birdied once but shot even par on 14 of the 18 holes.

Junior Maria Ronderos also continued her strong play while shooting four-over par 76. She currently is tied for 23rd place after posting a 38 on the front nine and a 38 on the back nine.

Freshman Jaime Ritter is tied for 37th as she shot seven-over par 79. She birdied one and made even-par on 12 holes. Fellow freshman Shelby Gilbert birdied three times and shot 40s on both the front and back nine.

The Hurricanes wrap up play at the Eat-A-Peach Collegiate Monday.