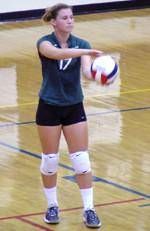 Green and Orange set for Tuesday

CORAL GABLES, Fla. (www.hurricanesports.com) – – The Hurricane women’s volleyball team will hold an Orange and Green scrimmage Tuesday, August 17 at 4 p.m. in the Knight Athletic Complex.The event is open to the public and the bleachers will be opened up.