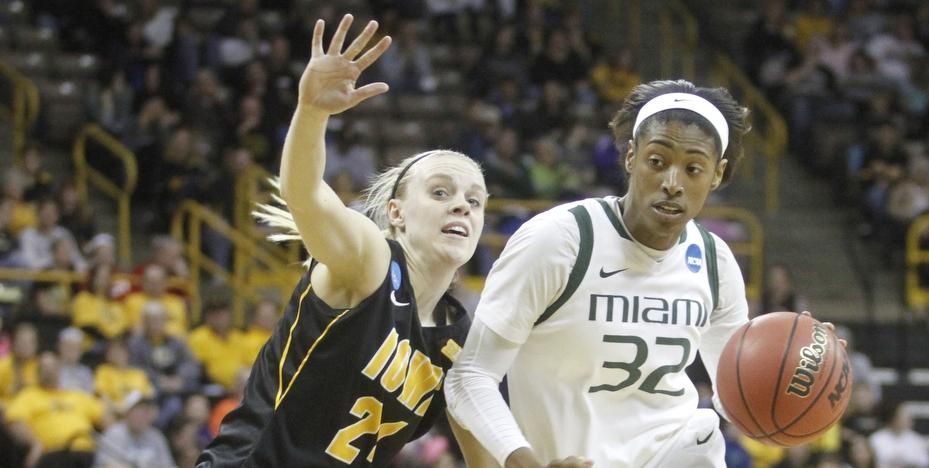 Melissa Dixon added 13 points in the second half for the Hawkeyes (21-12), which will face top-seeded Notre Dame Tuesday night in Iowa City.

Neither team could break free for about 27 minutes, which wasn’t surprising in a matchup of 8-9 seeds.

Miami couldn’t answer on offense, and Johnson’s jumper put Iowa ahead by 14.

The Hurricanes and Hawkeyes each had 16 days off between their last game and the NCAA tournament opener.

At points in the first half, it looked like they’d both been off for months.

But Miami also owned the boards 32-17 over Iowa, and eight different players scored to help it take a 28-27 lead.

The Hawkeyes were lost in the first half unless Logic was shooting it. She had 13 points, but her teammates added just four buckets on 20 tries.

Miami looked like it was about to break the stalemate with three quick baskets to start the second half. But Iowa answered right back, tying it at 35-all, and the Hawkeyes kept right on rolling into the second round.

Stroman and fellow senior Stefanie Yderstrom ended their Miami careers with 97 total wins, good for the second-most in program history. The pair were also the first players in Miami history to play in three consecutive NCAA tournaments.