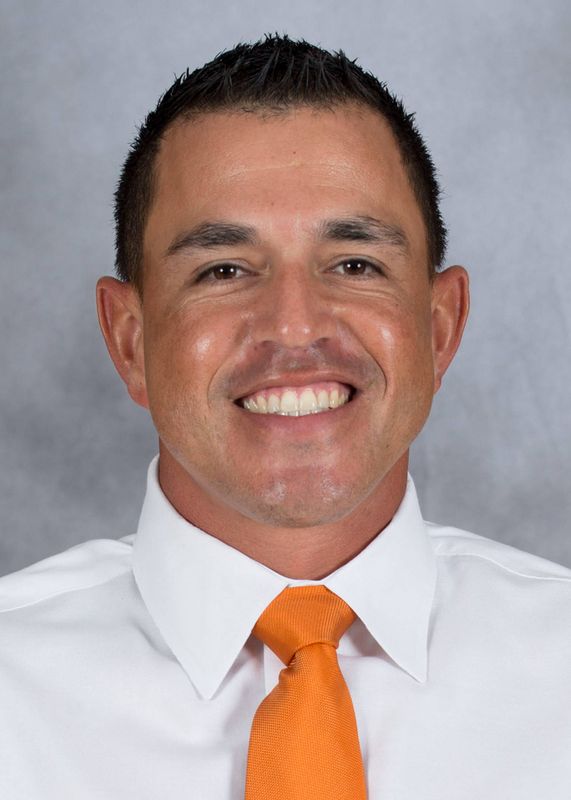 The 2018 season saw two of Flaquer’s 100m sprinters reach the NCAA East Preliminary. Myles Valentine ended the season finishing 18th overall in the men’s 100m run with a 10.27 mark, giving him the second-best time in the event in UM history. Valentine also earned All-ACC recognition when he was named to the second-team finishing fourth in the 100m. Valentine’s All-ACC second team recognition at the ACC Indoor Championships came after his fourth place finish in the 60m.

Isaiah Taylor also reached the East Preliminary in the 100m and finished with a 10.60 mark. Taylor was close behind Valentine’s 100m record and now holds the third-best time in Miami history with a 10.37 finish. The duo were both part of the Canes 4x100m relay that finished 4th at the ACC Outdoor Championship, which posted the program’s fifth-best time in the 4×100.

Flaquer came to Miami after spending three years at Oklahoma State, helping elevate the Cowboys to a national level sprint program. Oklahoma State’s men won the Big XII indoor conference championship title twice in Flaquer’s tenure and never finished lower than third from 2014-2016. The Cowboys also scored at the NCAA Indoor Championships in each of Flaquer’s three seasons, finishing as high as sixth in 2014, and earned a pair of top-20 finishes at the NCAA Outdoor Championships in the same three-year span.

At Oklahoma State, Flaquer coached John Teeters and Tyreek Hill in the men’s sprints, developing the duo into All-Americans. Teeters was the 2015 NCAA runner-up in the men’s 60m, while Hill was a 2014 NCAA finalist in the indoor 200m. Teeters went on to set the Oklahoma State school record in the 60m and 100m, earning three First Team All-America honors in his career. Hill was the 2015 Big XII men’s 200m indoor champion before placing fifth in the event at the NCAA Indoor Championships.

Prior to his time at Oklahoma State, Flaquer spent three years as an assistant coach and one as a graduate assistant at Auburn, primarily responsible for the horizontal jumpers. He also assisted Auburn head coach Ralph Spry with Auburn’s nationally recognized sprint group. He also has coached at Samford University and Troy University, as well as at his alma mater, Virginia Intermont College.

Flaquer is the son of Pedro Grajales, a two-time Olympian in the 400 meters and a previous coach for the Colombian national team. The national stadium in his hometown of Cali is named in his honor. Flaquer, a native of Samson, Ala., graduated from Virginia Intermont College in 2007 with a degree in health and physical education.