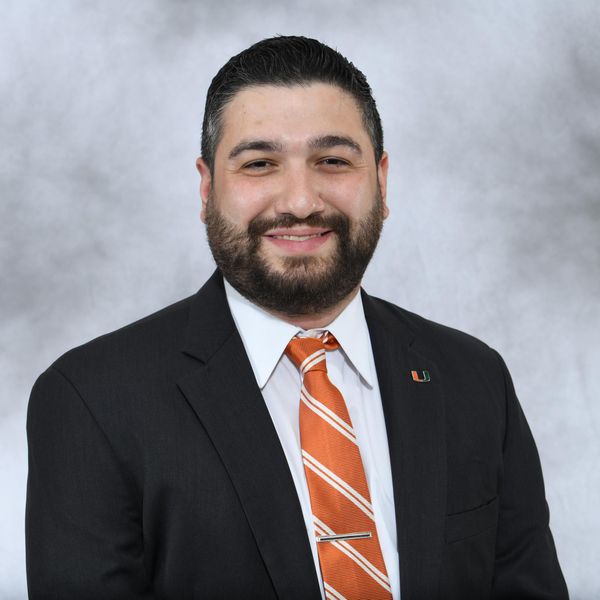 Jonathan Gombinski oversees development operations, external communications and branding, and VIP hospitality for the Hurricane Club. He is also the lead fundraiser for the Building Women’s Champions Campaign and a member of the major gifts team.

Since joining the Hurricane Club in 2012, Gombinski has been a part of major athletics fundraising initiatives at the University including the Carol Soffer Indoor Practice Facility, the Schwartz Center for Athletic Excellence, and the Hecht Athletic Center expansion and was a member of the team that raised $118 toward the $1.6 billion total for the Momentum2 Campaign completed in 2016.

In 2011, he began working for the Hurricane Ticket Office as a ticketing assistant. Prior to his arrival in Coral Gables, Gombinski was the Director of Football Operations at Wagner College (NY) from 2009-2011. He also was a recruiting and operations assistant with the University of Alabama football program in 2008 and 2009 as well as a recruiting assistant with University of North Carolina football prior to his tenure in Tuscaloosa.