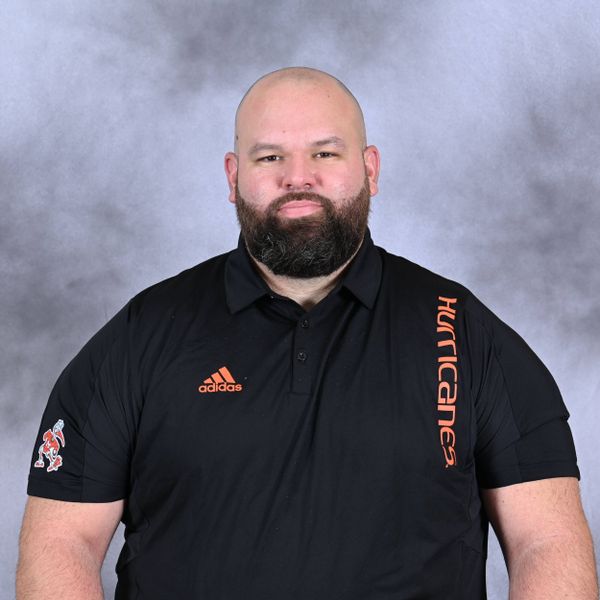 Joe Girardi is a licensed physical therapist in the Department of Athletics overseeing the rehabilitation of the University of Miami football student-athletes. Prior to working in Athletics, Girardi spent one year working at UHealth in out-patient clinics.

Prior to becoming a physical therapist, Girardi spent four years as the Director of Strength and Conditioning (2012-2016) at the University of Louisiana-Monroe (ULM) where he oversaw all varsity sports as well as a staff of assistants and graduate assistants within the Malone Stadium weight room. Girardi had direct oversite of the Warhawk football team as well as the men’s and women’s golf and tennis teams. He also oversaw the complete remodel of the Malone Stadium weight room which included new flooring, equipment, and a nutrition bar. Prior to serving as the Director of Strength and Conditioning at ULM, Girardi served as an Assistant Strength and Conditioning Coach at ULM (2011-2012), with direct oversite of the Warhawk men’s and women’s basketball, golf, and tennis teams, and the lead assistant for the Warhawk football team. Girardi served as a Graduate Assistant at ULM (2009-2011) with direct oversite over the men’s basketball team while assisting with the football team.

A native of Pembroke Pines, Fla., Girardi is a double-graduate of the University of Miami, receiving his Doctorate in Physical Therapy (2020) and Bachelor of Science with a concentration in Exercise Physiology (2009). Girardi was also a student-athlete for the Hurricanes football team, playing center for two seasons (2005-2007). Girardi earned a Master’s degree in Exercise Science from the ULM (2011). Giradi is also a Strength and Conditioning Coach Certified (2010) by the Collegiate Strength and Conditioning Coaches Association.