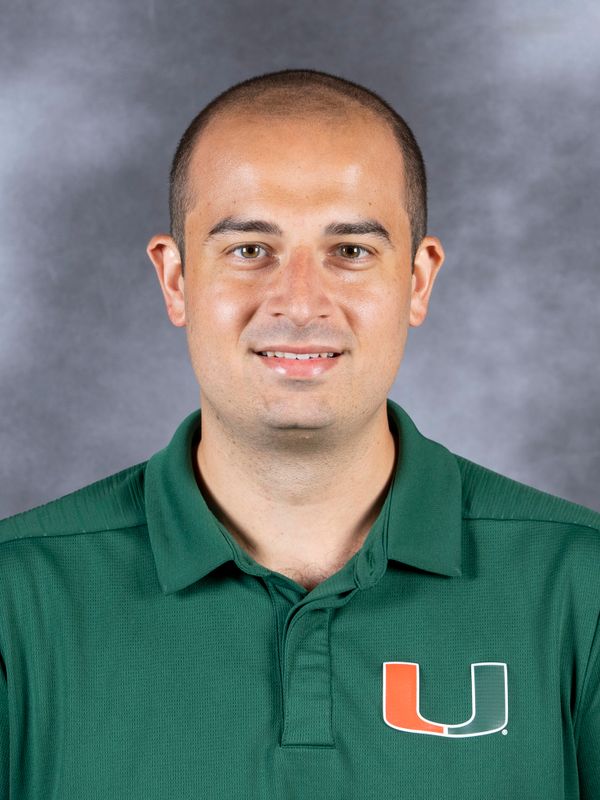 Canfield currently serves as the primary broadcast producer for the ACC Network and other internal athletic events on campus on both a linear and digital basis. Canfield, who was hired as a Video Producer, was promoted to Director of Production Services in June 2021. Previously, he served as a Manager of Production Services from 2019-2021

The East Setauket, NY native, is also responsible for producing studio-based digital content to enhance fan experience and engagement. He has also produced the Hurricanes coaches shows since 2017. He has produced programs such as Hurricanes Gameday, a 2-hour special pre-game show during the 2020 football season.

Prior to joining production services in a full-time capacity, Canfield served as a student broadcast assistant from 2015-2018. He also served as a football videographer where he shot practices on Greentree Practice Fields and games from the sideline of Hard Rock Stadium from 2015-2017.

A 2017 graduate of Miami, he holds a bachelor’s degree in Broadcast Journalism. As a student, Canfield served as an Executive Producer on the UMTV program SportsDesk, a weekly 30-minute student run show focused on Miami sports news.