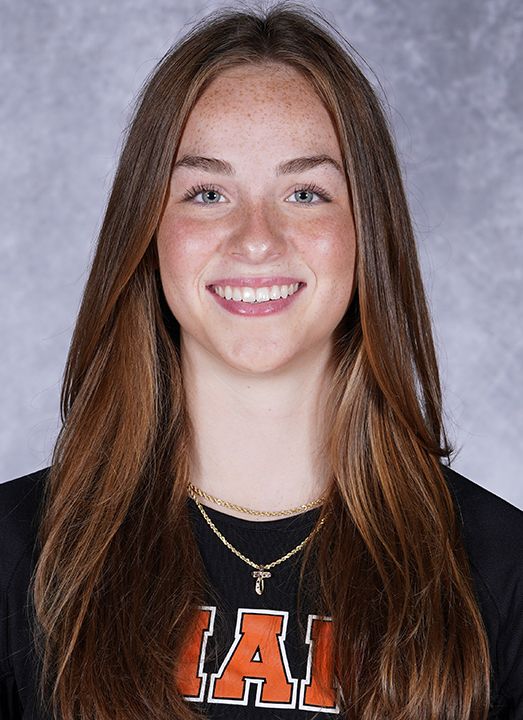 2021 (Freshman): Appeared in five matches prior to a season-ending injury… made her collegiate debut against FIU (8/28/21)… started her first NCAA match on Sept. 16 against FAU, recording six kills and three blocks… tallied six kills against FGCU.

Prior to Miami: Served as the captain for her high school her senior season… Was named to the All-Conference team in 2019 and 2021… Helped Glenbrook South to become IHSA Regional Champions in 2019 and with the Wildcat Jrs, won the NIT tournament in 2019… Made the Honor Roll for four years and was a member of the National Honor’s Society… Secretary of SAFE Club (promoting body positivity in our community), member of interact club (community services), member of Titan Leadership Academy (improving leadership skills),  and a member of Girls Letter Club (for women in the athletics department).