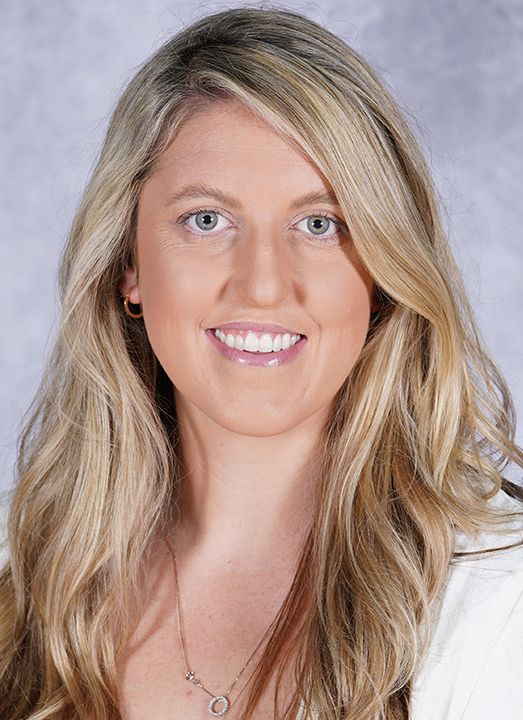 Jillian Hadder accepted the position of assistant coach on the Miami volleyball coaching staff in May 2016.

In Hadder’s sixth season on staff in 2021, Miami returned to the postseason for the first time since 2017 and second time under her assistance . The Canes advance to the second round of the tournament in the Gainesville Region, ultimately falling to site host Florida. UM finished the season 25-5 overall, with 15 wins coming by way of sweep, and 15-3 in conference play on its way to a second-place finish in the ACC, all program bests in her tenure and the most wins in a season since 2012 when the team posted 26. The Hurricanes finished the year ranked 14th in the RPI and 25th in the AVCA Division I Coaches Poll.

Hadder helped lead Miami as one of the top blocking teams in the nation. The hurricanes ranked 16th in the country with 2.65 blocks per set and 32nd with 284 total blocks. Behind his leadership, the Miami was among the top in the ACC in several categories at the end of the regular season. The Canes were sixth in hitting percentage (.244), second in opponent hitting percentage (.188), fifth in assists per set (12.51), third in total blocks (271) and blocks per set (2.63), second in digs per set (15.23) and fifth in total digs (1569).

Hadder came to Miami after coaching indoor and beach volleyball at Mercer University, where she helped in recruiting, player management, practice coordination and in-match strategy while also assisting in day-to-day operation of the program.

In 2015, Hadder helped the Bears become one of the top serving teams in the NCAA. Mercer ranked 12th in the country, averaging 2.7 aces-per-set, and was 19th in the NCAA with 188 service aces as a team. She also helped freshman Paige Alsten earn All-SoCon Freshman Team honors after breaking the school record for total blocks in a season.

Mercer’s progress as a program began shortly after Hadder arrived, as the Bears improved from a 1-27 record in 2013 to an 11-20 record in 2014. Hadder, who was responsible for coaching and developing Mercer’s outside hitters, helped Molly Locke earn So-Con All-Conference second team honors following the 2014 season.

Prior to arriving at Mercer, Hadder spent the 2013 season as an assistant coach for her alma mater, UMass Lowell. Hadder, who graduated from UMass Lowell in 2011 with a degree in psychology, is one of the most prolific River Hawks in program history.

She tallied over 1,000 kills and 1,000 digs over four seasons at UMass Lowell, qualifying her as one of just five players in program history to reach both of those benchmarks. Hadder’s teams enjoyed considerable success, racking up a 37-22 record in her final two seasons, including the Northeast-10 Conference Championship in 2009.

As a senior in 2010, Hadder was named to the NE-10 All-Conference second team as she was among conference leaders with 2.79 kills-per-set and 2.07 digs-per-set. She also earned a handful of academic honors, including a spot on the ESPN District 1 All-Academic third team and five appearances on the NE-10 Commissioner’s Honor Roll.

Following her collegiate career, Hadder spent two years as a professional player/coach in Denmark with Lyngby Volleyball Club in 2011-12 and Fortuna Odense in 2012-13. She also gained coaching experience working with Stanford University’s summer volleyball camps from 2012-14.