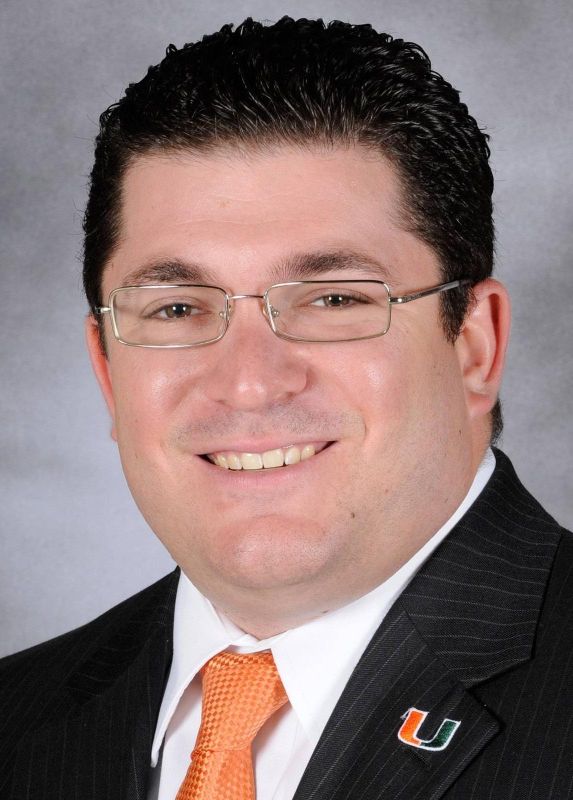 Under the guidance of Director of Athletics Blake James, Marks is responsible for all development operations for the department of athletics, including campaign oversight, major giving, annual fund, donor stewardship, event hospitality and coordination with central advancement efforts.

Since Marks’ arrival in 2010, the Hurricane Club has seen significant growth in major giving and annual giving participation. Following the department’s restructure in 2010, the Hurricane Club’s development results have increased significantly across the board. Major Giving is up more than 70 percent since 2010, including eight gifts over $1 million and more than 35 gifts in excess of $250,000 or more. In 2013, UM opened the fully funded $18-million, 30,000-square foot Schwartz Center for Athletic Excellence featuring new football, academic, and athletic training facilities as well as a Gallery of Champions showcasing the proud championship tradition of UM Athletics. Additionally in 2013, The newly created Football Victory Fund has raised over $3 million to enhance the football practice facilities including, new artificial and grass fields, new lighting and a training table dining hall for all 400 plus student-athletes.

Annual giving has also seen unprecedented growth through extensive marketing, philanthropic re-branding and digital strategy. Since 2010, Hurricane Club Membership has increased by more than 84 percent to an all-time record of 8,076 active members. The Hurricane Club is consistently recognized nationwide for their use of cutting edge technology and unique campaigns to drive annual support.

Marks has been a part of two major capital campaigns at the University of Miami. The Momentum Campaign (2000-2008) which raised over $1 billion for the University. Athletics exceeded its goal of $68 million and raised more than $85 million dollars. Currently, Marks is leading athletics efforts for university wide $1.6 billion Momemtum2 Campaign. UM Athletics has raised over $110 million to date and is on pace to exceed their goal of $125 million by the end of 2016.

Prior to his return to UM Athletics, Marks served as assistant director of development at Wake Forest University, where he managed relationships for over 150 athletic donors in the southeast, including South Carolina, Georgia, North Carolina and Florida. Prior to Wake Forest, Marks was as assistant tthletics director for development at Florida International University, where he managed all fundraising operations related to the opening of their new football stadium in 2008.

Marks is an active member of the National Association of Athletic Development Directors (NAADD) and is an adjunct professor in the School of Education Sports Administration Program teaching Sport Promotions and Sales.