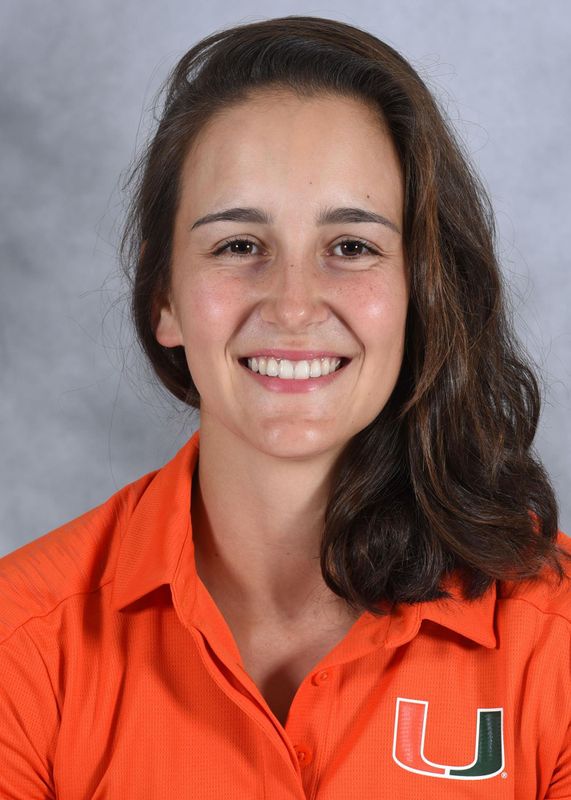 2017-18 (Junior)
Finished tied for fourth in Schooner Fall Classic with a three-round total of 207. The ninth top-five finish of her Hurricane career… Tied for seventh at the ANNIKA Intercollegiate with a score of 213… Took runner-up honors at the Florida Challenge with an overall score of 139… Won medalist honors at the UCF Challenge as she finished with a score of 209… Finished tied for 11th with a three-round total of 222 at the Allstate Sugar Bowl Intercollegiate Championship… Tied for fifth at the Hurricane Invitational with a three-under 213, leading the Hurricanes to a first-place team finish… Competed in the Bryan National Collegiate, tied for 12th with a three-round score of 224… At the ACC Championship, concluded the tournament tied for 12th with a three-over 219… Closed out her junior campaign tying for 34th with a total score of 221 at the NCAA Regionals in Austin, Texas.

Prior to Miami: Claimed the Ladies’ National Open Championship for professionals and amateurs…Won the Dutch Matchplay U21 Championship (2013) and earned runner-up honors in the Dutch Strokeplay Championship U21 (2013)…Captured tournament titles at the 2015 Copa Stogrande and at the 2014 International Brabants Open…Posted a number of impressive top 25 finishes as she tied for fifth at the Spanish Ladies’ Open (2014), tied for 17th at the Ladies’ British Open Amateur and 10th in the qualifier for the match play rounds (2014)…Has seen action on at the Deliotte Ladies Open where she was awarded as the tournament’s Best Amateur and tied for 25th in 2014…Her already impressive amateur career includes spots on the European Girls’ Team Championship roster and a spot in the European Ladies’ Team Championship (2013 and 2014)…In 2013 and 2014, Weber played on the Individual European Ladies’ Amateur Championship.