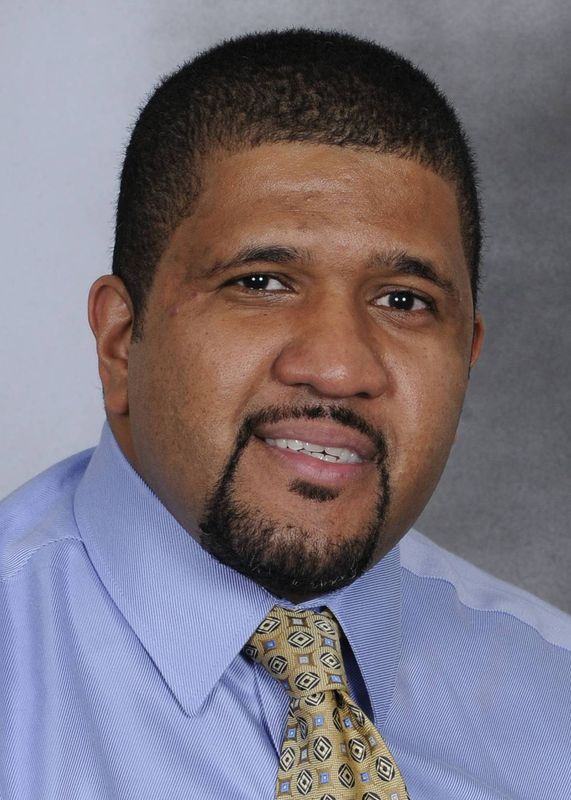 David Wyman has empowered almost 2,000 student-athletes with his signature creed. Now in his 18th year, Wyman has advised and mentored a diverse population of student-athletes to become skilled professionals in many different careers.

He began his own career as an intern, and was quickly promoted to the full-time staff after working just two months in the academic services division. Wyman became the assistant director two years later, supervising the tutorial program and advising both the football and men’s basketball teams. He was then promoted to associate director, taking on the responsibility of coordinating the NCAA eligibility certification for all 400 student-athletes.

For the past seven years, Wyman has managed the Division of Athletic Academic Services, while leading a staff of six full-time professionals. Under his leadership, the department and sport programs have gained national recognition and honors for continued growth in both academic progress rates (APR) and graduation success.

Wyman is a 1994 graduate of Florida A&M with a bachelor’s degree in accounting. He earned a master’s degree in sports administration from St. Thomas University in 1995.Born in Staten Island, N.Y., he is married to Jewyll, and the couple has three daughters: Rebecca, Dominique and Sarah. Wyman has been a Big Brother in the Miami-Dade Big Brother/Big Sister Organization and is also a member of Omicron Delta Kappa, The National Leadership Honor Society and the National Association of Academic Advisors for Athletics.