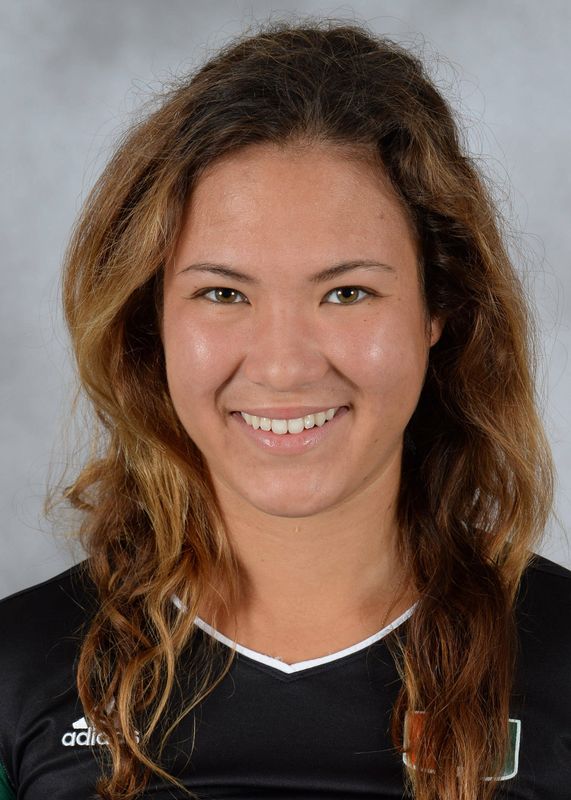 2016 (Junior): Made her Hurricanes debut in a five-set win over UTSA dishing out 53 assists, to go along with five digs, a block and a service ace, and she helped Miami hit .264 as a team (Sept. 2) … Dished out 30 assists, while adding five digs and two blocks against Lipscomb (Sept. 2) … Distributed 20 assists, adding four digs, a block and a kill against Texas (Sept. 3) … Had her first double-double, distributing 46 assists and recording 10 digs, and had a block and two kills against Loyola Chicago (Sept. 9) … Had 32 assists, two digs and a block against Kansas State (Sept. 9) … Dished out 43 assists, adding two digs, a block and two kills against Mississippi State (Sept. 10) … Appeared in reserve and recorded two assists and a dig in match against Delaware (Sept.16).

Personal: Full name is Alyssa Anastacia Basdavanos … Daughter of John and Regina Basdavanos … Has one brother, Nainoa … Also a member of Miami’s rowing team, Basdavanos was a standout paddler at Punahou School, earning Interscholastic League of Honolulu (ILH) Paddling All-Star of the Year for the 2013-14 season … Helped Punahou School win a state championship, while also winning state championships as a member of the Outrigger Canoe Club in the 15 and 16 divisions … Graduated with honors from Punahou School … Was inducted into the National Honor Society and won the Student-Athlete Academic Award in 2014.